AL TAPQQA, Syria – As clashes rage on in north-eastern Syria, the toll on civilians and health systems continue to mount. Mass displacements have complicated the delivery of basic health services, including reproductive health and maternal health care.

The onset of military operations in the area, on 9 October, caused more than 200,000 people to flee their homes, many for the second or third time. Some 117,000 people have returned to their places of origin, but more than 75,000 remain displaced, according to recent UN reports.

Humanitarian partners in areas affected by the current hostilities – including Alahras, Ala-miriyah, Abu Rasian, Um Alkhair, Dahr Alarab and Almahmoudiya – have diverted their programmes and resources to meet the needs of the newly displaced populations. General services have deteriorated in several affected areas, including losses in electricity and closure of education facilities in Ar-Raqqa governorate.

It is estimated that approximately 18,860 women of reproductive age are among the currently displaced. These women and girls require services, including menstrual hygiene supplies and maternal health care.

Ms. Al Issa was first displaced three years ago when her house in Al Qadisia Village was demolished, and subsequently displaced again. Today she lives in Al Tapqqa, a city in Ar-Raqqa governorate, in an unfinished house provided by a host family.

In the final months of her pregnancy, Ms. Al Issa was able to receive maternal health services from a clinic operated by the non-profit organization Al Mawada, with support from UNFPA. The clinic serves 50 to 60 women each day, about half of them pregnant.

Ms. Al Issa went into labour on 25 October, weeks into the escalation of hostilities in the area. Still, her delivery went smoothly, thanks to skilled care provided by Hanan, a midwife at the clinic.

Ms. Al Issa and her new daughter – her fourth child – were discharged in good condition. They took home post-partum and neonatal care supplies provided by the clinic.

Holding a healthy baby had left Ms. Al Issa in high spirits. “Now I am very happy to have a baby girl,” she told UNFPA.

Proud to serve every day

In response to the crisis, UNFPA has expanded its coverage in hard-to-reach villages, including Mabada and Al Jawadia in Al-Hassakeh, Al-Qamishly, Tabqa, Jurnia and Twehina, as well as the Newroz and Mahmoudi camps.

Despite the challenging environment, UNFPA, with funding from European Civil Protection and Humanitarian Aid Operations, has been able to reach tens of thousands with urgent assistance.

UNFPA is working with local partners to expand these efforts, aiming to meet the needs of up to 580,000 people in the governorates of Al-Hasakeh and Ar-Raqqa.

Dr. Adnan, a reproductive health coordinator working in the area, is proud of the care health workers have been able to provide, even amid the recent unrest. “Asma’a is not a special case or an exception,” Dr. Adnan said. “She is one of thousands displaced and deprived families that we serve every day.”

Hanan echoed those sentiments. “It is a great mission to save her and her new baby’s life,” she said. 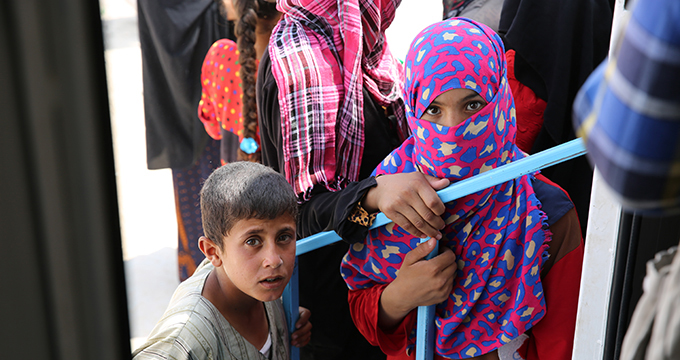