KILIFI, Kenya – Decades ago, Jumwa Kabibu Kai was pregnant with her second child in the small village of Kidutani, Kenya. The area was poor and isolated – her nearest neighbour was 3 kilometres away – and there was no easy access to a health facility. But Ms. Kai did not know these circumstances would initiate “50 years of a long nightmare,” as she later described it.

When she went into labour, Ms. Kai was alone in her small hut. She walked around her yard to relieve the pain, but it quickly became overwhelming – and seemingly unending.

The labour lasted for three days, the sign of a major problem. And, still, the baby did not come.

Finally, Ms. Kai’s sister arrived for a visit. When she saw the situation, she ran and fetched some neighbours, who rushed Ms. Kai to the hospital.

The news was not good. Ms. Kai says she did not understand a lot of what was going on, “but something was definitely wrong,” she said. 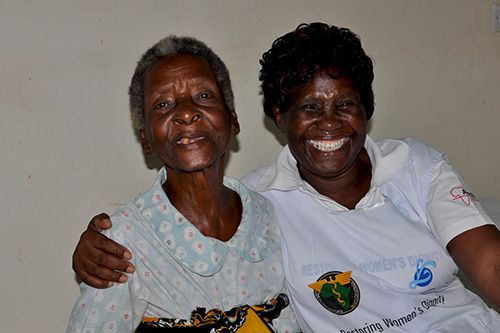 Ms. Kai with Christine Muthengi, a nurse who participated in the fistula camp. "I feel like I have signed a new lease on life," Ms. Kai said after the surgery. © UNFPA Kenya/Douglas Waudo

The baby did not survive.

“I returned home after a day at the hospital, extremely disturbed by the loss of my child. Then almost immediately I began passing urine uncontrollably,” she said.

The prolonged, obstructed labour had produced an obstetric fistula, a traumatic birth injury that causes incontinence, pain and other serious problems.

“I knew a bad spell was cast on me,” she states. “How can this be happening to me? I remember the bad smell, the wetness, the shame and worst of all the disappointment I saw in my family. The feeling was all too awful.”

Obstetric fistula is a sign that health systems are failing women. The condition is both preventable and treatable, yet it continues to plague women around the world. It is estimated that thousands of women in Kenya are afflicted by this injury.

And its effect on women is devastating. Many are cast out from their homes or ostracized by their communities.

“I was completely isolated by family, friends and my whole community due to my condition, with some attributing it to witchcraft,” she told UNFPA. “Sadly, my husband, too, left after I began suffering. I used to live alone in a hut on the outskirt of the village, with extremely minimal contact with anyone.”

Ms. Kai sought help wherever she could – from traditional healers, local dispensaries and religious groups – all without success.

“At some point, I convinced myself that my condition didn’t have a cure, and so I had to learn to live with it,” she said.

But earlier this year, Ms. Kai’s 28-year-old granddaughter, Mwafungo, learned that a one-week “fistula camp” would be held in Kilifi County this May.

The event – organized by UNFPA with the Kilifi County Government, the Flying Doctors Society of Africa, and the Freedom from Fistula Foundation – brought doctors to the county hospital to provide free surgical fistula repairs. Maendeleo Ya Wanawake, a women’s organization, and the musical group Them Mushrooms also helped raise awareness of the condition.

During the one one-week fistula camp, 65 women were screened and 30 procedures were performed. Ms. Kai, now 77, was one of the women helped.

Obstetric fistula has been virtually eliminated in affluent countries. The same would be true in poor countries, too, if all women were able to give birth under the care of a skilled birth attendant, such as a trained midwife or doctor, and had access to emergency obstetric care.

But this means countries must address the root causes of this condition: “gender inequalities, the denial of human rights and poor access to reproductive health services,” according to a report of the United Nations Secretary-General, which is being presented at the UN today.

The report calls for intensified efforts to eliminate obstetric fistula within a generation.

For Ms. Kai, the end of her ordeal has changed everything. She has become an advocate in her community, raising awareness about fistula, its treatment and its prevention.

“The past 50 years was hell on earth for me,” she told UNFPA, shortly after her surgery. “To be honest, I feel like I have signed a new lease on life.”

She even joked that she is ready to find love again.

“I feel great. I feel young. I feel beautiful and wanted.” 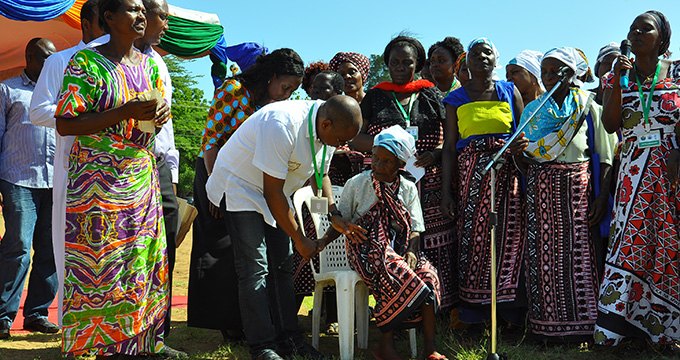