CONAKRY/NEW YORK – Panic over the Ebola outbreak in Guinea has inflamed distrust of health officials, impeding access to critical health services. UNFPA is reaching out to journalists and community leaders to dispel rumours about the disease and to encourage people to seek proper care – not only for suspected Ebola infections but also for other essential health needs.

In Guinea, 1,199 have been infected, and 739 killed, according to a 3 October report by the World Health Organization (WHO).

In the three most-affected West African countries – Guinea, Liberia and Sierra Leone – many health workers have been exposed, “an alarming feature of this outbreak,” according to WHO. As of 1 October, at least 69 health workers in Guinea had been infected. 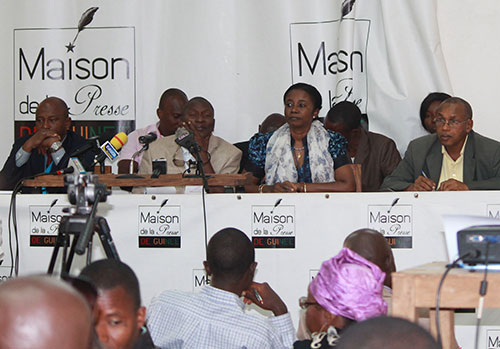 Media professionals in Guinea are trained on Ebola at a workshop in mid-August. Photo credit: UNFPA Guinea

Fear of the disease has given rise to conspiracy theories, including claims that health workers are responsible for the spread of the outbreak. Others say the disease does not really exist, and still others are refusing to seek treatment to avoid the stigma associated with the disease.

The panic has occasionally erupted in open hostility, with the media reporting attacks on Ebola treatment centres, hospitals and even health personnel.

In mid-August, UNFPA hosted a workshop for media professionals, advising them on the importance of communicating accurate information about the virus, including how to protect against it.

UNFPA is also reaching out to rural communities through radio announcements on Ebola prevention, aired in multiple languages. Key messages are also being distributed through television commercials and posters being disseminated in health centres and communities.

Traditional and religious leaders and youth advocates have also been engaged to spread accurate information about the disease and its prevention.

Women, in particular, are being targeted with these messages. As traditional caretakers of the sick, they tend to have greater exposure to the virus. In Guinea, around 55 per cent of those infected have been women, according to recent numbers from the Government and WHO.

UNFPA is also working with women’s leaders to raise awareness of hygiene measures that can minimize the risk of exposure. 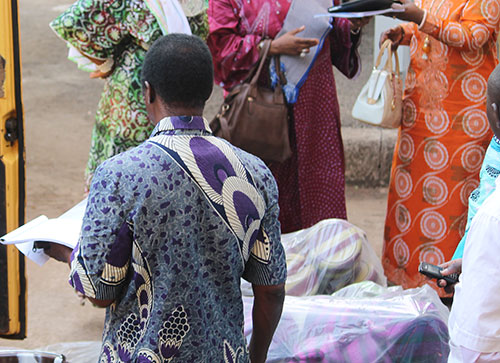 “Pregnant women: Health workers are there for you, to give you all the care and advice you need for a safe pregnancy and delivery,” says one UNFPA-sponsored radio message. “They ensure your safety and the safety of your child during the Ebola outbreak.”

The announcement continues: “You should always go to the nearest health centre to seek the advice of a health worker." A phone number is provided for those who experience Ebola symptoms.

And as of 26 September, UNFPA had distributed 10,000 hygiene kits– containing soap, chlorine solution, gloves and buckets – to pregnant and vulnerable women and girls in affected areas. Over 8,000 hygienic birth kits, with supplies for safe childbirth, have also been delivered.

Hygiene kits, gloves, disinfectant solution, buckets, kettles and soaps have also been distributed to health facilities. Thousands of condoms, which can prevent the spread of Ebola in the weeks following a person’s recovery, are also being distributed.

The outbreak has crippled health systems across affected areas of West Africa. In total, at least 7,400 cases of Ebola have been reported in in Guinea, Liberia and Sierra Leone, with an estimated 3,431 killed, according to WHO.