IBB, Yemen – Last year, Ayisha was married at only 13 years old. She delivered a baby several weeks ago – a girl.

“My family forced me to get married and took me out of school,” she told UNFPA while recuperating from childbirth. She was crying; the new reality of her situation weighed heavily on her.

“What is the future I want for my baby?” she asked bitterly. “I would force her to get married, just like they did to me.”

Ayisha is far from alone. A recent assessment by UNFPA and the Italian aid group INTERSOS indicates that families in Yemen may be increasingly resorting to child marriage as the country's ongoing conflict drives them deeper into poverty and desperation. 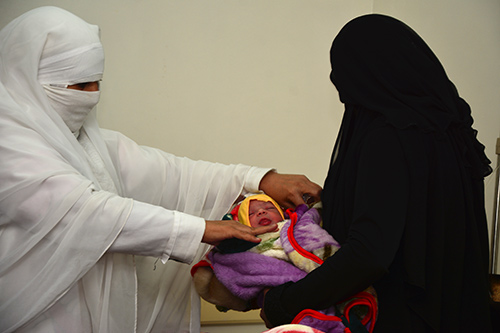 Child marriage has long been a scourge in Yemen, one of the few countries in the region without a legal minimum age of marriage. In a 2013 survey, nearly 32 per cent of women, aged 20 to 24, said they were married before reaching 18, and more than 9 per cent were married younger than 15.

Attempts to set 18 as the minimum marrying age collapsed with the outbreak of the conflict last year. And today, child marriage rates could be much higher.

The UNFPA-INTERSOS assessment interviewed over 250 community members, local leaders and survivors of child marriage for insight into how families are coping with the conflict. Most participants “were of the opinion that child marriage has increased in their community. They all stated that the conflict pushed the practice,” according to the assessment’s findings.

Child marriage is a coping mechanism. Parents marry off their daughters to be relieved of the cost of their care, or because they believe a husband’s family can offer better protection.

“One day, my father came and told me that I would be getting married. He said it is a form of protection for girls, and that there is no better place for a girl than her husband’s house,” recalled Hana’a, who was married five years ago, at age 15.

But marriage did not protect her from violence – it put her in harm’s way.

“One day, I was bleeding heavily. I asked my husband to take me to hospital, and he refused, accusing me of pretending to be sick,” Hana’a said. “He began to beat me violently. He even tried to strangle me with a scarf. He then locked me up in a room so that my neighbours wouldn’t see the scars, and took my mobile phone so I would not seek help.”

Fortunately, her young son ran to tell a neighbour. “Through the window, they provided me with a mobile phone. I was able to call my family. Since then, I have been living at my family home.”

Child brides are not only vulnerable to abuse, they are also more likely to experience dangerous complications related to pregnancy. Globally, pregnancy-related complications are one of the leading causes of death among girls aged 15 to 19.

Like most child brides, Ayisha was expected to become pregnant soon after her wedding. She experienced complications during labour and had to be rushed to Jibla Hospital in Ibb.

“She is lucky to have come here on time,” said Ms. Rasheeda, a nurse at the UNFPA-supported hospital. “If she had delivered at home, her life and that of her baby would have been in real danger.”

Under the conflict, women’s and girls’ welfare has deteriorated in every sense. Judicial and social institutions have broken down, and 1.83 million children have lost access to schools, including over 830,000 girls. Without an education or social protections, many child brides have nowhere to turn.

Even without her abusive husband, Hana’a is trapped in limbo. “Currently, I don’t know whether I am married or divorced. My husband does not come for us or send living expenses for the children.”

A UNFPA-supported women’s centre is providing her with legal assistance, but Hana’a says things look grim. “I survive on 100 rials [less than $0.50] per day that my brother gives me. I try to save this to feed my babies. I can’t get a job. I don’t have any skills,” she said. 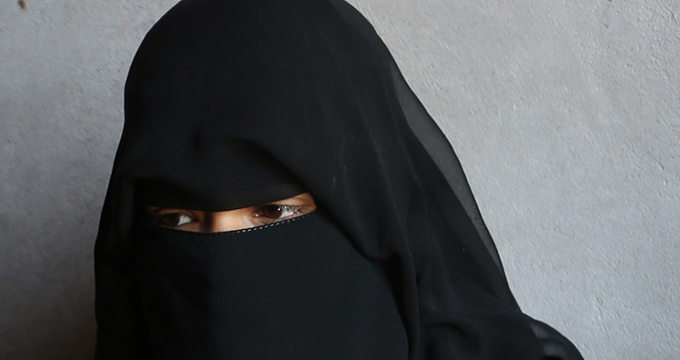