UNITED NATIONS, New York – Nearly seven in 10 women in the Marshall Islands have experienced physical or sexual violence. These were the shocking findings announced yesterday at United Nations Headquarters in New York, during a discussion about the use of data to advance sexual and reproductive health and rights.

“We were all astonished by the number of women who have experienced violence in their own homes,” said Molly Helkena, the Marshall Islands’ Assistant Secretary for Internal Affairs, about the soon-to-be released study, which was conducted by the government and the NGO Women United Together Marshall Islands, with support from UNFPA and Australian Department of Foreign Affairs and Trade.

Other countries in the region are now performing similar studies, with similar results, Ms. Helkena said, shining a light on an issue with too little attention from policymakers.

Data is available in greater volume than ever before, coming from traditional studies like the Marshall Islands survey and from non-traditional data sources, said experts at the event. The question now is how to use these data to meet the needs of the most vulnerable. 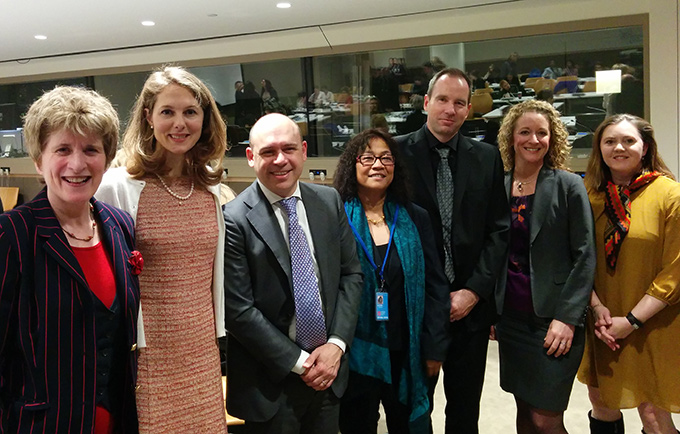 But translating facts into action remains a core challenge.

“Data is neither here nor there. Its only value is in how we use it, how we interpret it, what we do with it,” said UNFPA Deputy Executive Director Kate Gilmore.

Cynthia Summers, vice president of the Guttmacher Institute, also underscored this point. “There has been substantial progress over the last couple decades, but enormous gaps remain. Some 225 million women want to avoid pregnancy but are not using modern contraceptives. And of the 125 million women who give birth each year, 54 million suffer inadequate antenatal care, 43 million do not deliver in a health facility, and 33 million have suboptimal newborn care. And the list goes on and on.”

But, Dr. Summers noted, the solutions for these problems are well established. According to the recent Adding It Up report, an investment of only $25 per woman per year would provide a full package of sexual and reproductive health services for all women and newborns – reducing maternal mortality by 67 per cent and newborn deaths by 77 per cent.

The problem in this case is not lack of data, but lack of action.

“Evidence clearly shows how investing in sexual and reproductive health and rights benefits women, families, children, communities and nations… If those facts and that evidence aren’t paid attention to, half of humanity will lag behind,” she said. 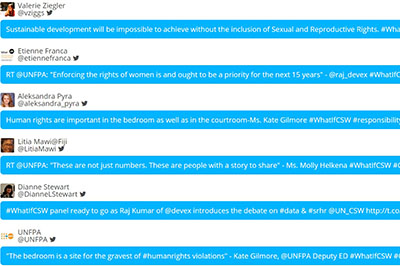 The event was livestreamed, with panellists taking questions from Twitter, and discussions continuing online with the hashtag #WhatIfCSW.

Faces behind the numbers

One important way to ensure action and accountability is to make data more widely available. Communities should be empowered to participate in data gathering, needs assessment and decision-making, said the panellists.

“Community participation can be fantastically low tech and is absolutely, vitally important,” said maternal and newborn health advocate Princess Sarah Zeid of Jordan. “If you look at the Ebola crisis, who was it who knew where families were, and who needed to be seen to? In Lebanon, you have a million refugees who are not in refugee camps. Who knows where these women are? It’s the communities… They need a voice in all of this.”

“These are not just numbers,” added Ms. Helkena. “These are people with stories to tell.”

A video of the interactive debate can be found here.