SIMIYU, United Republic of Tanzania – Keflene Yakobo tried to do everything right during her pregnancy. Though she was young – married at age 17 and pregnant at 19 – she was diligent about receiving regular check ups.

“I started attending antenatal clinics as soon as I realized I was pregnant, and continued throughout my entire term,” Ms. Yakobo recently told UNFPA.

Despite her best efforts, the delivery went worse than she could have imagined. Ms. Yakobo ended up with an obstetric fistula – one of the most serious and tragic injuries that can occur during childbirth.

An obstetric fistula is a hole between the birth canal and the bladder or rectum caused by prolonged, obstructed labour without treatment. It is almost exclusively a condition of the poorest, most vulnerable and marginalized women and girls.

“The girls and women afflicted by the condition, which is preventable and largely treatable, are often plagued by chronic incontinence. As a result, they face devastating social stigma,” said UNFPA Executive Director Dr. Natalia Kanem in her  statement marking the International Day to End Obstetric Fistula, which takes place on 23 May.

“The majority of women and girls who suffer from fistula are poor. Their inability to receive prompt medical treatment not only deprives them of their health and dignity, but is a violation of their human rights.”

There were no red flags for Ms. Yakobo. “No complications were identified or suspected. It was a healthy pregnancy, and I was looking forward to the birth,” she recalled.

Toward the end of her pregnancy, she was staying with her parents. Their home was 22 km from the nearest health centre, so when labour began, her mother took her to a traditional birth attendant, 7 km away.

“I had seen other expectant mothers going to the traditional birth attendant,” Ms. Yakobo said. “I felt calm and thought everything would go well.”

But her pain became acute – and it did not let up for three days. Finally, the baby’s head emerged, but the rest of the body was not delivered.

Ms. Yakobo’s mother hired a car to rush her to the nearest health facility. Tragically, the baby died. And Ms. Yakobo nearly did, too. She was hospitalized for five weeks with abdominal sepsis.

By the time she was discharged, it was clear she had developed an obstetric fistula.

Like many women with the condition, Ms. Yakobo was ostracized. Her husband left her soon after she returned home.

“It has been a very difficult time in my life,” she recalled. “People have laughed at me. I couldn’t join any social gatherings. I couldn’t attend church, and I couldn’t even visit my friends. Some community members shunned me because of my condition.”

A new lease on life

Every year, some 3,000 Tanzanian women develop obstetric fistula, according to estimates by Comprehensive Community-Based Rehabilitation in Tanzania (CCBRT), an NGO that is one of the country’s largest providers of disability and rehabilitation services.

Between 2009 and 2011, UNFPA partnered with CCBRT to conduct a pilot study on obstetric fistula. They found that high transportation and accommodation costs prevented many fistula-afflicted women from seeking treatment.

With financial support from UNFPA, CCBRT launched a network of fistula ambassadors, in which ‘ambassadors’ in rural communities identify women with fistula and help them reach treatment. The costs of transportation, lodging, meals and treatment are paid through the M-Pesa mobile banking system.

The programme has been a success.

Now funded through the Vodaphone Foundation and Vodacom Tanzania, the Fistula Ambassadors Network is available in all regions of the country. More than 3,000 women had undergone surgical repairs by 2018, according to CCBRT.

Ms. Yakobo was one of those women.

A doctor in Magu put her in touch with the network, which helped her travel to Arusha for a successful repair surgery.

She also received counselling and income-generating courses. Such services help survivors overcome their social isolation and escape the poverty that left them vulnerable to fistula in the first place.

UNFPA is also continuing its efforts. This month, UNFPA and the Government launched the “Jiongeze Tuwavushe Salama” campaign, which aims to curb preventable maternal and newborn mortality and morbidity across the country.

As for Ms. Yakobo, she learned to become a tailor, and has opened her own boutique. And today, she is a fistula ambassador, helping other women with fistula reclaim their lives. 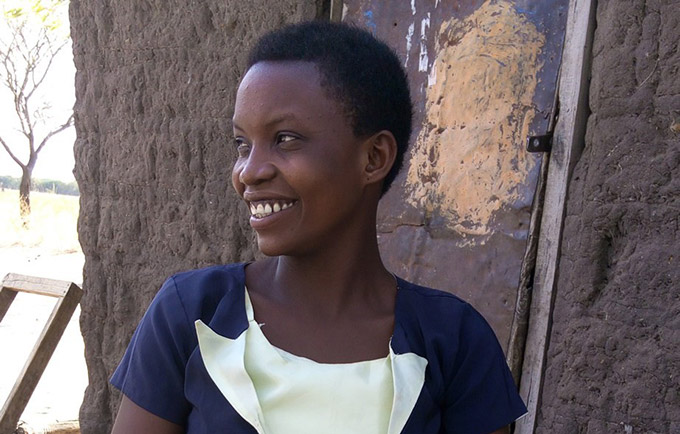