KAMPONG CHAM, Cambodia – Women in Cambodia’s Kampong Cham Province are no strangers to violence. A staggering 33 per cent of women in the province have experienced physical violence since age 15, a 2014 survey revealed. Statistics for the whole of Cambodia are not much better. Nationwide, one out of five women has been subjected to physical violence.

And much of this abuse is considered acceptable: Half of Cambodian women, and more than a quarter of men, believe there are conditions that justify violence against women. And in a 2013 study, close to 100 per cent of both men and women  believed that to be a man, one must be “tough.”

A pilot programme is working to stop the cycle of violence. Facilitators are reaching out to community members to address thorny issues of gender-based violence and gender inequality – by first tackling problems at home. 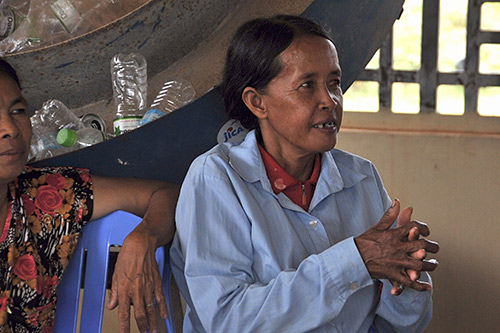 Ouk Kimchheang, 52, talks about her experiences with her family. © UNFPA Cambodia/Sophanara Pen

“Frequently, he comes home drunk and blasts his anger toward me when I ask his whereabouts or talk about his alcoholic behaviour,” Ouk Kimchheang, 52, said about her husband at one of these group sessions in Samraung Commune.

She described struggling to speak with him about issues, like communication, that had been raised in a previous session: “I told my husband about what we discussed. He seemed uninterested and kept quiet.”

A new generation of healthy relationships

Facilitators say Ms. Kimchheang’s situation is common. Session attendees are often women looking to improve their family relationships. But organizers say this can be a crucial first step in ending domestic abuse and promoting gender equality. 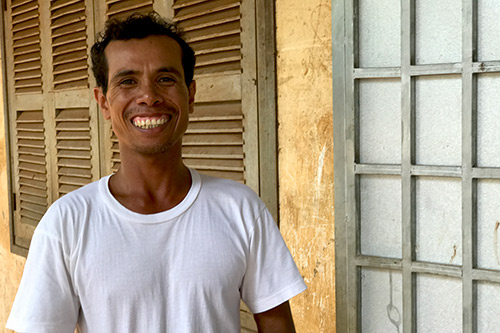 The programme hosts two series of group sessions, one for adolescents and the other for caregivers. The sessions focus on promoting positive relationships, coping with stress, improving communications, managing anger and resolving conflict.

Chan Nary, 33, a regular participant in the caregiver sessions in Sro Ngè Commune, says the information has been helpful: “I now can manage my temper much better when communicating with my children. I listen to their problems more attentively.”

The programme was launched in September 2016, in partnership with the Ministry of Women’s Affairs, UNFPA and the Partners for Prevention Regional Joint Programme. It is being implemented in five communes of Kampong Cham.

Some 30 facilitators – volunteers selected from the local community – have received the intensive training required to run these sessions. In turn, they have reached 125 caregivers and 125 adolescents. 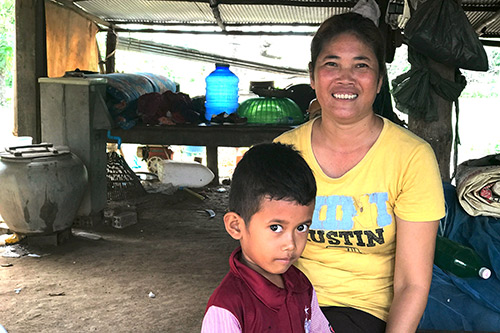 “What I have learned at the weekend sessions has helped me to change the ways in which I communicate with my husband and children,” said Heng Chanthorn in Samraung. © UNFPA Cambodia/Sophanara Pen

The facilitators, too, report that the programme has influenced their relationships.

“My work not only contributes to preventing domestic violence in my community, but it also helps me to improve my own interactions with my children,” said facilitator Sor Bunthat, 35, a farmer and father of two.

And Suong Thach, one of the facilitators in Sro Ngè Commune, says the programme is having a visible impact. “I am so excited to see the change in people’s attitudes,” she said. “People use nicer words for their daily communication.”

And even Ms. Kimchheang says her relationship with her husband has improved.

“These days, my husband doesn’t drink alcohol and he has shared household chores frequently. And although he doesn’t join the sessions, he tells me to come every weekend,” she reported. 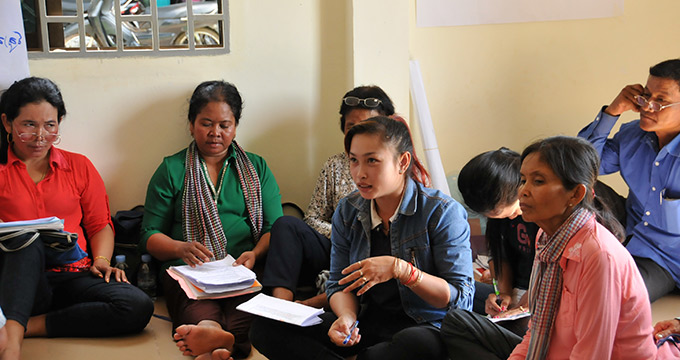