BATOURI, Cameroon – On a quiet Sunday afternoon at the Batouri District Hospital in eastern Cameroon, Dr. Abdourahamane Diallo was preparing to go home when a motorbike rushed up to the maternity ward. A heavily pregnant woman, crying from pain and bleeding badly, climbed off the vehicle. She had been in labour for three days.

“She was bleeding profusely because of a uterine rupture. The baby was already dead in the womb, and the mother required emergency surgery,” Dr. Diallo said.

Myriam, already a mother of five, had planned to give birth at home, a common practice in the region. She sought help only when she realized something was wrong. By then, she had been in labour for 24 hours. When she got to the nearest health centre, the staff saw that her complications were serious, and quickly evacuated her to the hospital in Batouri – nearly 40 km away. 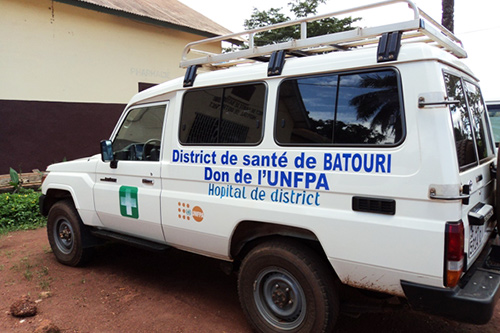 An ambulance recently donated by UNFPA to the Batouri District Hospital. © UNFPA Cameroon

In some ways, Myriam was fortunate. She had arrived at one of the few hospitals in Cameroon with a fully functional operating theatre, which had been renovated and fully equipped with support from UNFPA in 2013.

But there was another challenge. Much of the hospital’s staff had gone home for the weekend. And, Dr. Diallo said, “I was not supposed to do consultations or surgery.”

A UN volunteer, Dr. Diallo had been brought to the hospital by UNFPA to train staff in reproductive health. Only gynaecologists stationed in the region were authorized to perform surgeries, and at that moment, the nearest gynaecologist was in Bertoua, 90 km away.

“There was an emergency and no one to take care of the woman,” Dr. Diallo said. He ended up performing the surgery himself – alone.

Myriam survived and recovered. She is now back at home with her family.

A deadly place for women

Maternal health care remains dangerously poor in much of Cameroon, which has the 12th highest maternal death rate in the world. Few health facilities in the country are well staffed or properly equipped.

According to a recent survey conducted by UNFPA, out of 197 health centres, fewer than 10 had the capacity to provide quality emergency obstetric and neonatal care. This translates to 2.99 health centres able to provide quality emergency care per 500,000 people – well below the joint guidelines set by UNFPA, the World Health Organization and UNICEF. 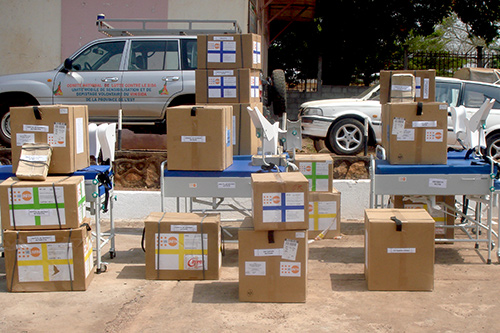 The cost of emergency health supplies and services is another concern; many women avoid proper care because they fear they cannot afford it.

The Government of Cameroon is working with partners, including UNFPA, to improve women’s access to life-saving maternal health care.

Experts like Dr. Diallo have been deployed in the four regions where reproductive care is most needed. There, they are training and supervising health personnel. In 2014, in partnership with the health ministry, UNFPA specialists provided emergency obstetric training to more than 200 health staff.

The government is also working to lower the cost of quality maternal care. One programme, supported by UNFPA and the French Development Agency, is providing inexpensive, ready-made delivery and Caesarean kits to health facilities around Cameroon. These kits contain all the supplies needed to perform either a regular delivery or a Caesarean section delivery.

At $12 for a delivery kit and $80 for a Caesarean kit, the kits are affordable, yet they cover the actual costs of the materials and services. The programme has shown to be sustainable, and is being scaled up across the country.

And in Batouri District, UNFPA has recently provided an ambulance, which will ensure women with labour complications, like Myriam, no longer have to rely on motorbikes for emergency transport. 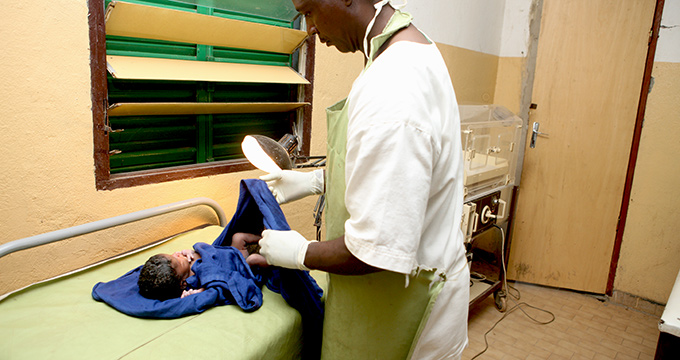