SOUTH-WEST STATE, Somalia – Weeks turned into months, and still the rains never came. As the drought in Somalia scorches the land, the chances for a family’s survival wither and die like crops and livestock, forcing them to search for lifelines elsewhere.

In February, Hodan Khalif*, 14, moved to an internally displaced camp (IDP) 15 km from her home with her mother, two older sisters and younger brother. After the family’s crops failed, her father left with their herd of animals to search for grazing lands further afield. Ms. Khalif is one of the lucky ones attending school in the camp; some children must stop their education to help run their households. When she’s not in classes, she searches for firewood and water, walking 3 km to fetch 10 litres of water carried in a bucket.

Drought conditions are spreading throughout the country against a backdrop of high levels of forced displacement. According to an OCHA report, more than 1.3 million Somalis were displaced in 2020, and 112,000 have been displaced in the first three months of 2021, about 34 percent of them due to drought conditions. Scientists have linked the frequency and severity of natural disasters to climate change.

Women and girls bear the brunt

UNFPA has distributed 3,620 dignity kits, which contain basic hygiene necessities including soap and detergent, a toothbrush and toothpaste and underwear and menstrual pads, throughout Somaliland and Puntland. Ms. Khalif said the kit reduces stress and anxiety: “The items provide me with freedom and time.” Still, “I miss my father. The [camp] is helpful, but it does not provide me with a sense of home.”

During the distribution of the kits, women and adolescent girls receive information on how to protect themselves from gender-based violence. UNFPA has also deployed eight mobile teams to deliver gender-based violence, protection and reproductive health services and is treating rape survivors in both IDP camps and host communities.

In the absence of humanitarian assistance, a Food Security Analysis System report published by the United Nations in February indicates that up to 2.7 million people across Somalia are expected to face food disruptions or depleted resources including crops and livestock through mid-2021. Drivers of acute food insecurity include the compounding effects of poor and erratic rainfall, flooding, desert locust infestation, socioeconomic impacts of COVID-19 and conflict.

As the majority among the poor in Somalia, women – especially heads of households and those with disabilities – bear the brunt of a situation completely out of their control. So they wait for the skies to open up and the relief the rains might bring. 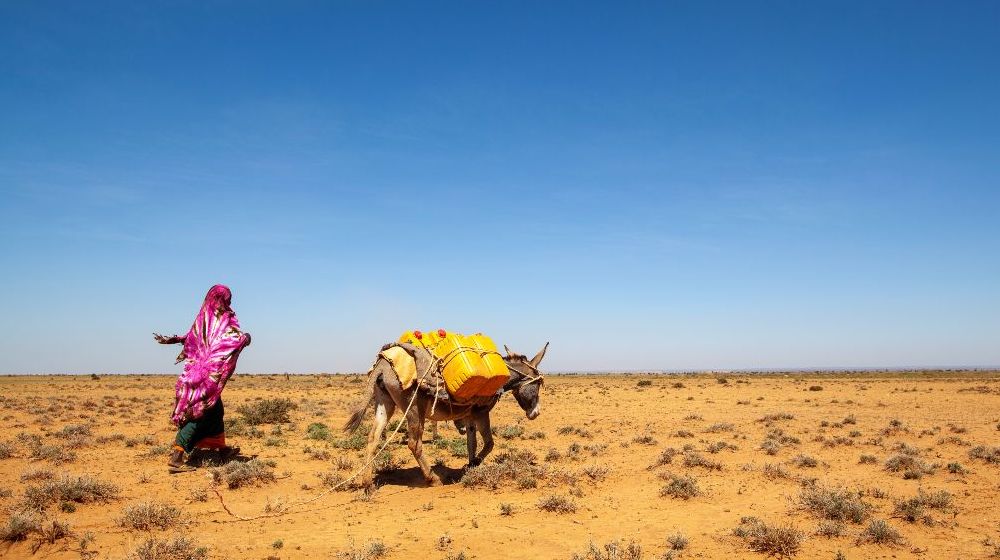