The doctor will see you now – from afar: Telemedicine brings expert care to remote areas

ULAANBAATAR, Mongolia/UNITED NATIONS, New York – When Myasuren Batjargal announced she was pregnant at age 44, her family and friends were distraught. They thought she might not survive.

Ms. Myasuren had long suffered from serious hypertension and a disability related to spinal problems. Health workers agreed the pregnancy was high-risk, but Ms. Myasuren was determined. “I know it’s going to be difficult, but I really want this baby,” she told staff at the hospital in Khovd Province. 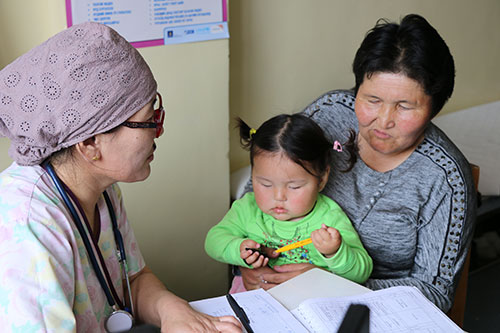 Specialists were available in the capital, Ulaanbaatar, some 1,500 kilometres away, but traveling that far would be gruelling and costly.

Fortunately, there was an alternative: an award-winning telemedicine project enabled her doctor, Nyamkhishig Jigmeddorj, to work closely with a team of experts in the capital at the National Centre for Maternal and Child Health.

“It is very helpful in making correct clinical decisions, especially in complicated situations,” Dr. Nyamkhishig said of the project, which is operated by the health ministry, with support from UNFPA and funding from the Government of Luxembourg.

“Because of the high risks, I had to see Myasuren every two weeks, and did frequent blood and urine testing,” she added. “She was very cooperative and never missed appointments.”

Both mother and baby were healthy, and Ms. Myasuren’s family was elated. 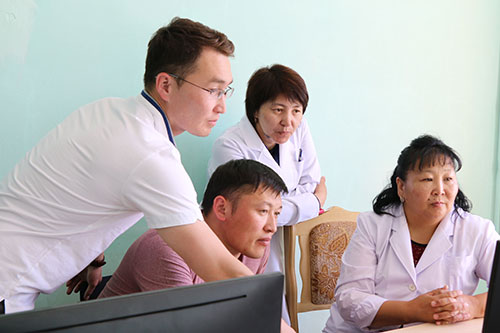 To address these issues, the telemedicine project was launched in 2007. It connects medical personnel around the country, allowing the transmission of medical data for analysis, and enabling provincial doctors and patients to engage in teleconsultations with specialists in Ulaanbaatar.

Since its launch, the programme has reached at least 60 per cent of all pregnant women, including over 1,800 cases of pregnancy-related complications.

Maternal deaths have declined significantly since the project’s launch.

Earlier this month, the National Centre for Maternal and Child Health received the United Nations Public Service Award for its work on the telemedicine project. The award recognizes “innovation and excellence in delivering health services.” 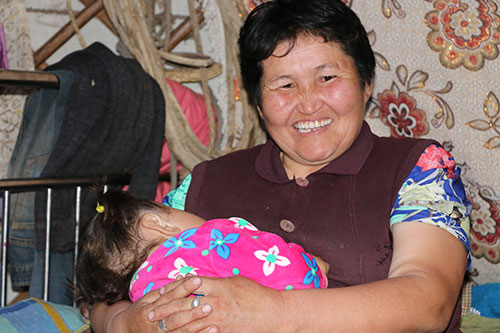 The programme also equips provincial and rural doctors with the skills to diagnose and manage serious complications, with trainings covering everything from fetal diagnosis to surgical procedures.

Within 10 years, over 70 per cent of all gynaecologists and obstetricians in Mongolia had received training through the telemedicine project. For example, Dr. Nyamkhishig, who manages all high-risk pregnancies at the Khovd Provincial Hospital, has received training in emergency obstetric care.

Dr. Tsedmaa Baatar, of UNFPA, has worked on the project since its earliest days, developing widely used training programmes. Her focus is teaching real-world skills and procedures.

“Knowledge without skills does not help patients,” Dr. Tsedmaa said.

“Mongolia is now closer to its goal of achieving global standards in healthcare, but there is still a lot to be done,” she said. “However, with patience and perseverance, step-by-step, we will succeed.”

The journey to becoming a midwife in Mexico

From cyclones to safe births, midwives stay and deliver in Madagascar