COX’S BAZAR, Bangladesh – Kawser and Mohammed met in a Rohingya camp here in 2018 after being forced to flee their homes in Myanmar. “She had seen me with my siblings and my mother, whereas I got to know her through my brother. I was too shy to introduce myself in person,” Mohammed, 25, said. “She was too pretty for me, and I was not sure if I could handle her beauty.”

They married and recently had a son at a UNFPA-supported health facility in the camp. “Because of my early age, I had to carry out eight recommended health check-ups,” Kawser, 20, said. “I had the strong support of my husband and mother-in-law, as well as the continuous help of midwives who welcomed me with a smile and a willingness to listen and help.”

She had participated in UNFPA’s Adolescents Young Mothers Programme, a series of eight sessions that educate women not only on spotting dangers of pregnancy and safe deliveries but on navigating new motherhood: maternal health, number and spacing of children, shared decision-making power in the family, the roles of husbands, wives and in-laws and the general well-being of families. The programme, which has helped more than 500 pregnant adolescents in two registered refugee camps and four health facilities, stresses the importance of involving families in supporting sexual and reproductive health and rights, so spouses and in-laws participate, too.

Kawser’s mother-in-law, Nubarhar, noted the marked difference in her own experience. “I see a huge contextual and generational gap from my time in Myanmar as a mother and the time of my daughter-in-law in the refugee camps in Bangladesh,” she said. “She delivered in a health facility, and I am helping her in cooking and fetching water. In Myanmar, I delivered at home and bore the birth of four children without anyone close to me. I am confident that families have power. We are all together in this.”

According to a survey, non-facility childbirth, which heightens the risk of injury and death, has fallen in the past few decades in Bangladesh. Half are now institutional deliveries, a major driver of the increase in deliveries by medically trained providers.

Through the programme, the young couple learned about family planning. “Both my wife and myself took the mutually agreed decision on a spacing of three years before having another child,” Mohammed said. “We discussed finding a healthy solution to my well-being and my bodily autonomy together,” Kawser added.

The refugee’s plight is already fraught and challenging; denied a home, they shouldn’t be denied access to health care and choices about their bodies and reproductive rights, too. At the moment, Kawser and Mohammed are basking in parenting their two-month-old son. “I just love being a mother now,” she said. 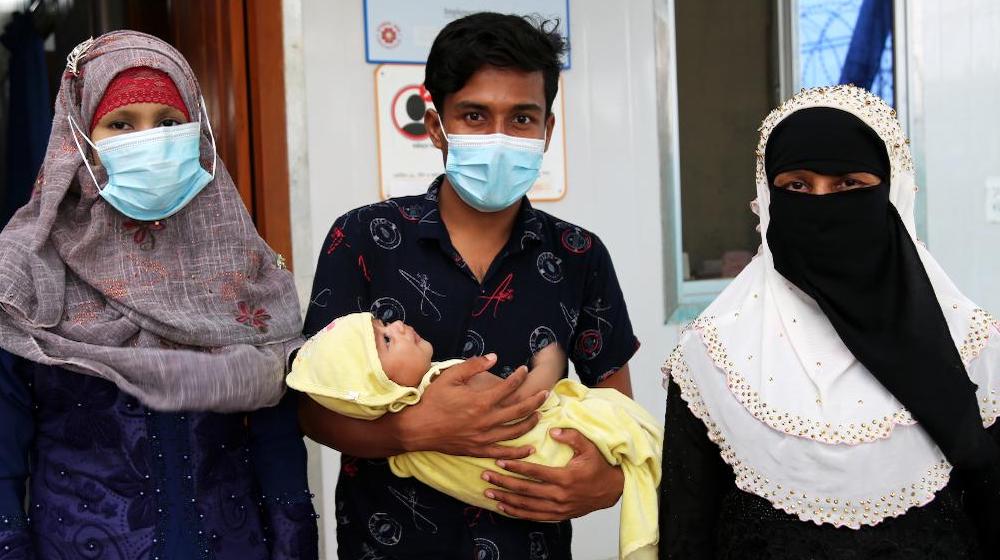 The US contributes $3.4m to support UNFPA’s response to the Ukrainian refugee…