JUBA, South Sudan – Nyomon Lilian will never forget the day she decided to become a midwife.

It was a few years ago, in her hometown of Kajo Keji, in South Sudan’s Equatoria region. She watched as her neighbour bled out after giving birth.

The woman was rushed to the hospital, but it was too late. She died, leaving behind five small children.

“Watching my neighbour die during childbirth emboldened me to make the decision to enrol in midwifery [school],” said Ms. Nyomon, 25. “The woman assisting her had no knowledge of what to do.”

Although it was a life-changing moment for Ms. Nyomon, it wasn’t the first time she had seen a woman die during childbirth. “I’ve seen it with my own eyes,” she said, “women dying because of bleeding.”

This tragedy is too common in South Sudan, which has one of the highest maternal death rates in the world. 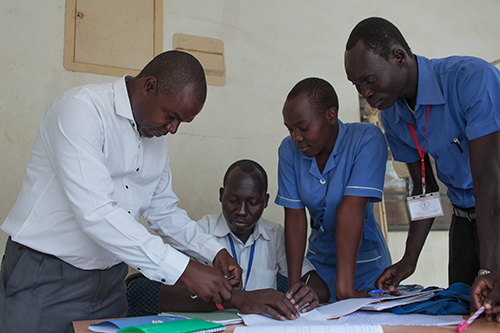 Becoming a midwife in a war zone

When Ms. Nyomon heard on the radio about a midwifery scholarship programme, supported by UNFPA’s Strengthening Midwifery Services Project, she applied that same day.

She was accepted. Together with 58 classmates, she enrolled at the midwifery school in Kajo Keji.

But their studies were soon disrupted by the conflict engulfing the country. Fighting broke out in Kajo Keji early in 2017, and most of the town’s residents fled into the bush.

Ms. Nyomon and her classmates had no patients left to treat, and feared for their lives. Still, they did not want to leave the school – they were the last people to depart.

“We heard gunshots in the school. I took my uniform, and left behind my books and everything else,” she said.

Yet what worried her more than the bullets was the possibility she would not be able to continue her education.

Planning for a better future

Ms. Nyomon and her classmates sought refuge in Uganda until the midwifery classes were relocated to Juba, South Sudan’s capital.

“I feel a lot better now that we’re back in school,” she told UNFPA.

Now in her second year of the midwifery programme, she has started to assist in the maternity clinic in Juba. She recently observed and assisted in her first delivery – a thrilling experience.

She is also learning about the main causes of maternal death, and believes that more women would be spared if they knew to seek skilled care.

“People do not know about haemorrhaging,” Ms. Nyomon said. “Mothers are also not aware that they need to eat well and treat illnesses like malaria when they are pregnant.”

She now encourages mothers living in remote towns to get antenatal check-ups, especially if they are experiencing unusual symptoms during pregnancy.

When the fighting subsides, she hopes to return to Kajo Keji as a midwife. She wants to make sure the mothers in her hometown live to see their children grow up. 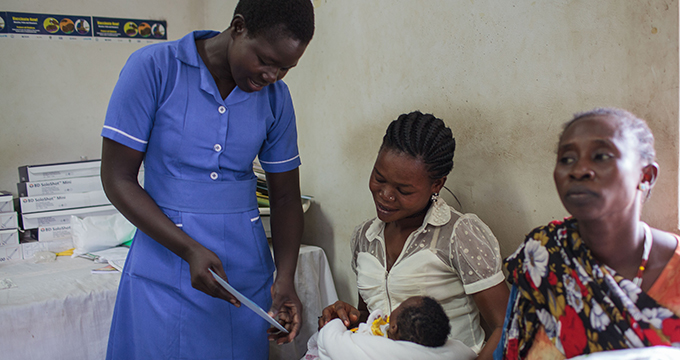