UNITED NATIONS, New York – Ministers and representatives of Governments unanimously adopted a political declaration today reaffirming support for the Programme of Action of the International Conference on Population and Development (ICPD), which established that reproductive health, individual rights and women’s empowerment are critical to achieving sustainable development.

The declaration comes on the 25th anniversary of the ICPD , which represented a landmark endorsement of the human rights to reproductive health and autonomy. Today’s declaration re-affirms global support for that revolutionary agreement, and calls upon leaders and organizations around the world to accelerate efforts to achieve its goals.

It also underlines the importance of the ICPD agreement to achieving the Sustainable Development Goals, a set of global goals to eliminate poverty, achieve gender equality, and secure the health and well-being of all people.

The declaration was adopted at 11:40 a.m., New York time, at the opening session of the 52nd session Commission on Population and Development.

“I hear no objection,” said Courtenay Rattray, the Permanent Representative of Jamaica to the United Nations and Chair of this year’s Commission. “It is so decided.”

His announcement was met with raucous applause.

The people behind the numbers

UNFPA and the United Nations Department of Economic and Social Affairs together monitor population dynamics and progress made towards achieving the goals of the ICPD. Reports submitted to the Commission show that progress has been made in expanding access to reproductive health, reducing maternal mortality, and addressing harmful practices and violence against women.

“Maternal death has declined by around 40 per cent. Rates of child marriage and female genital mutilation have fallen. Primary school is accessible to most children in the world, and human life expectancy has increased by 7 years since 1994,” reflected UNFPA Executive Director Dr. Natalia Kanem in her opening remarks.

“Yet the successes we have seen are not sufficient,” she continued. “Millions of people are still waiting for the promise of the ICPD: The more than 10 million girls who will be married under the age of 18 in 2019, the nearly 4 million girls who will undergo female genital mutilation this year, the 60 per cent of young people in Africa who will not access secondary school, the more than 200 million women and adolescent girls waiting for modern contraception.”

As the Commission moves forward, members must be mindful that these statistics represent real lives, urged UNFPA Goodwill Ambassador Ashley Judd, who delivered the keynote address.

“The discussions you have, at this Commission, reach into countries, communities and families across the world,” she said. “They reach into bedrooms and bathrooms of the most vulnerable people and they can save lives. But only if you want them to.”

“This year’s session is exceptional, marking the 25th anniversary of the adoption of the International Conference on Population and Development Programme of Action, a defining moment of international cooperation,” said Ulla Tørnæs, the Minister for Development Cooperation of Denmark, in her remarks at the opening session. It was “a landmark consensus recognition by 179 governments that reproductive health and rights are indeed human rights.”

But not enough change has taken place, she reminded those in attendance.

“We live in a world where some people still believe that young girls are too young for sexuality education but old enough to get married. This is absurd.”

In November, the Nairobi Summit on ICPD25 will seek additional commitments from governments, organizations, advocates and others, to accelerate efforts to realize these goals at last.

“I’m extremely proud that Denmark will join Kenya and UNFPA in co-hosting the ICPD+25 high level conference taking place in Nairobi from the 12th to the 14th of November,” Ms. Tørnæs announced. “This will be an opportunity for us to consolidate the 25 years of the ICPD.” 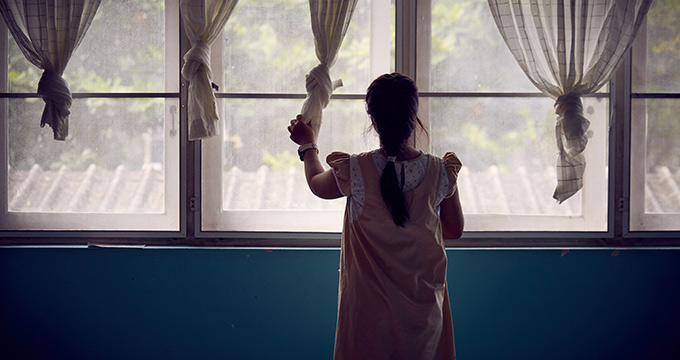 Draft resolution, 54th Session of the Commission on Population and Development