Maiduguri, NIGERIA – Yana, 25, was three months pregnant when she fell sick with cholera just days ago. “I was already suffering, but then I started bleeding, and the baby is gone now,” she told UNFPA in one of the tent wards for cholera patients at a displacement camp outside Maiduguri, the capital of Nigeria’s conflict-scarred Borno State.

Violence from the Boko Haram crisis has disrupted health and sanitation systems and left 1.7 million people displaced in the north-eastern states of Borno, Adamawa and Yobe. Many are living in camps or host communities. In August, a cholera outbreak took hold in Borno, further threatening communities already upended by the humanitarian crisis. 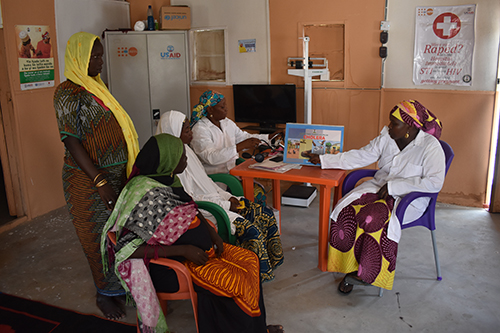 “Cholera puts an enormous extra stress on the body of the pregnant woman and on the unborn baby,” said Dr. Homsuk Swomen, a UNFPA reproductive health specialist in Maiduguri. “Studies show that cholera infections during pregnancy can lead to sudden loss of the fetus, premature delivery, stillbirth and an increased mortality and morbidity, both for the baby and the mother.”

And due to the ongoing conflict, many pregnant women are malnourished, aggravating their vulnerability to cholera and the consequences if they fall sick.

“In all our efforts, we need to understand that cholera is not gender neutral,” said Sylvia Opinia, a UNFPA expert in gender issues. Women’s and girls’ traditional roles may increase their exposure to cholera. “For example, it is usually women and girls who care for sick family members, clean latrines, fetch and handle untreated water, and prepare food for the family,” she explained. 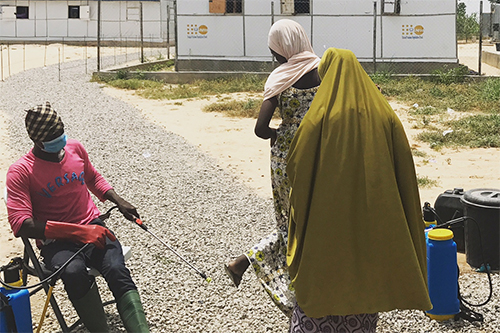 Women are sprayed with disinfectant, a cholera-prevention measure, on their way to UNFPA's maternity centre in Muna camp. ©UNFPA/Anne Wittenberg

Dr. Mohammed Aminu Ghuluze, the State Ministry of Health’s director of medical emergency response, explained that women’s and girls’ domestic responsibilities in the home mean they are less likely to participate in awareness-raising activities about cholera prevention. “Special efforts need to be undertaken to include them in the information efforts around cholera prevention and response.”

The tent where Yana receives treatment currently has around 15 cholera patients – all of them are women and girls.

She is one of 3,346 suspected cholera patients reported since outbreak was first identified in Maiduguri a month ago. Fifty-three cholera deaths have been registered since.

Targeting the most vulnerable

The State Ministry of Health and humanitarian partners are working around the clock to treat patients and prevent the further spread of the disease. Partners have set up several cholera treatment centres to handle the most severe cases, and surveillance teams are going door-to-door to find people in need of treatment. 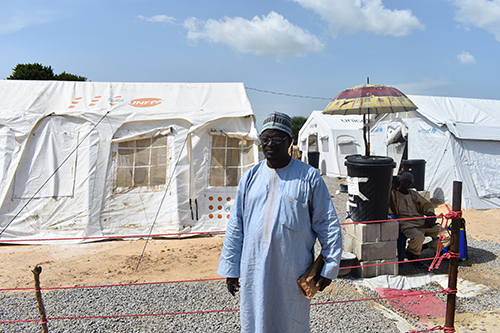 But funds are required. The United Nations and its partners have just launched an urgent appeal for $9.9 million to respond to the outbreak and prevent the disease from spreading to other high-risk areas.

UNFPA is working with health staff, the community and social workers in the displacement camps to include women and girls in education messages on cholera, with a special emphasis on targeting pregnant women.

UNFPA is also engaging health workers to identify vulnerable women and girls, including pregnant women, for referral to appropriate care.

“This morning we received around 13 new cholera cases from new areas,” said Dr. Ghuluze in front of the UNFPA treatment tent on 20 September. “But seeing that all partners, including UNFPA, are committed to help contain the cholera outbreak makes my day a happy day.”