DAMASCUS, Syria – “No girls want this life,” said Nour,* a 12-year-old girl from Aleppo, Syria, who was married to a 30-year-old man earlier this year. “Teenage Syrian girls are being forced into early marriages to save their families.”

Child marriage has long been a concern in parts of Syria. But since the conflict started three years ago, the numbers of child marriages have increased. Many people are now displaced and living in cramped shelters. The majority of them are unemployed, and families are spending their meagre savings just to survive. Many have come to believe that their daughters will be better protected and provided for if they are married off.

“There was no other choice,” Nour said. Her family had fled to a shelter in Damascus in April.

Nine members of her family were crowded into a single room, surviving with little food and few clothes, books or toys.

“My family was confronting economic problems, and I was a burden on them,” she said.

Soon, a man she had never met before asked to marry her. He offered her family a ‘mehr’ – a form of bridal dowry paid by the groom’s family – large enough to support her family for nearly a year. They agreed.

Nour’s fate could not be more different from what she had envisioned for herself. She had dreamed of one day becoming a leader, but found herself completely powerless instead.

“I had to sacrifice my dreams of being a Syrian woman leader for their happiness,” she said.

The marriage quickly turned into a nightmare.

“Making the adjustments to the reality of marriage and being in a new family environment was traumatic enough. But I became scared and depressed as my husband constantly forced me to have sex with him against my wishes.”

The abuse was relentless, and her family watched with alarm as she grew increasingly withdrawn. “I was not born for this,” Nour said.

Her mother recommended she see a counsellor at the UNFPA-supported Al Halbouni health clinic. It is one of three Syrian Family Planning Association clinics that provide comprehensive services, including medical examinations, social services and legal counseling for survivors of gender-based violence.

“By the time Nour reached us, she was in a dire state – legally, mentally, physically,” said Hala Haj Hussein, a social worker at the centre. “She was silent, and unable to discuss her situation.”

Nour was given a comprehensive medical examination, and began receiving regular psychosocial support. Ms. Hussein said that Nour has responded well to the therapy. Her family has also been supportive of her and her choices.

“I am still alive, strong”

After six months of marriage, Nour moved out of her husband’s home and into the shelter where her mother and five siblings are living. She has decided to file for divorce, and is receiving free legal counselling from a lawyer at the Al Halbouni clinic.

She was also able to return to school. Since her family had fled to Damascus, she had lacked the documents necessary to enrol in the local schools, but the clinic, in cooperation with the Ministry of Education, helped her obtain the required documents and register for classes.

Still, her troubles are not over. Nour remains withdrawn, and has struggled to focus on her studies. She hopes that, with time and continued support from the Al Halbouni clinic, she will be able to leave her experiences behind her.

“I am still alive, strong and able to continue to study,” Nour told UNFPA. “I am hopeful I can achieve my dreams and make change in my country and in the world.” 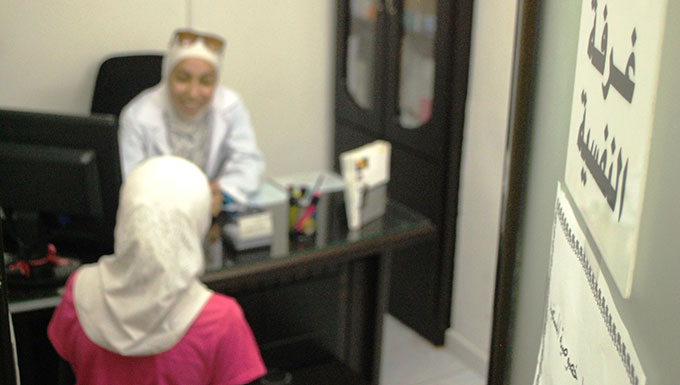