CHISHTI SHARIF, Herat province, Afghanistan –  At 14, she was married. By her 15th birthday, she had borne her first child. But Amina Mansoory’s story does not end in the way all too common with early marriage and childbearing. “Although my father wed me off early, he told my husband-to-be and in-laws not to prevent me from attending school,” said Ms. Mansoory, now 23 and a mother of two.

After Ms. Mansoory suffered excruciating pain during her first pregnancy because of the unavailability of a skilled birth attendant and lack of reproductive health services, she decided she would help mothers and newborns one day.  “I should have been a child. I should have enjoyed my adolescence. But I lost those joys forever and instead suffered child-bearing before my body was ready,” she recalls.

In her traditional community, the remotest district of Herat province in  western Afghanistan and where girls are denied higher education, Ms. Mansoory was the first female to complete high school and continue with two years of professional midwifery training. “Elders of our village were against my decision to go to school, especially when I married and became a mother. It was considered taboo,” she explained. “But my father was adamant. He told me to ignore what people were saying and instead show them the need for education.”

Now she’s the community midwife at a UNFPA Family Health House, the sole one serving her area and surrounding villages. Since 2016,  she has helped deliver 524 babies, conducted over 900 antenatal and postnatal visits and led more than 800 family planning sessions by herself. Her in-laws, who made good on their promise of supporting her education, recognize how important her work is. And when she has to make a housecall, her husband gives her a ride on his motorbike.

Advocating for a new generation

As the global COVID-19 pandemic hit, risk of infection was high in her community (the exact number of reported cases in her area is unknown), resources to prevent the spread were limited and she herself contracted the virus last summer. “I couldn’t work for two to three weeks. But right after my recovery I returned to work,” including overseeing COVID-19 awareness-raising sessions. She also continues to advocate for women’s rights by conducting sessions to encourage use of health facilities and support for reproductive health and to discourage marrying off underage daughters.

Sometimes she tends to young pregnant girls – as she had once been – and she’s happy she can help others in a way she was not helped back then. “Whenever I have doubts, I just remember what my life was like,” she said. “And then I am renewed with motivation to continue so no woman or girl suffers as I did.” 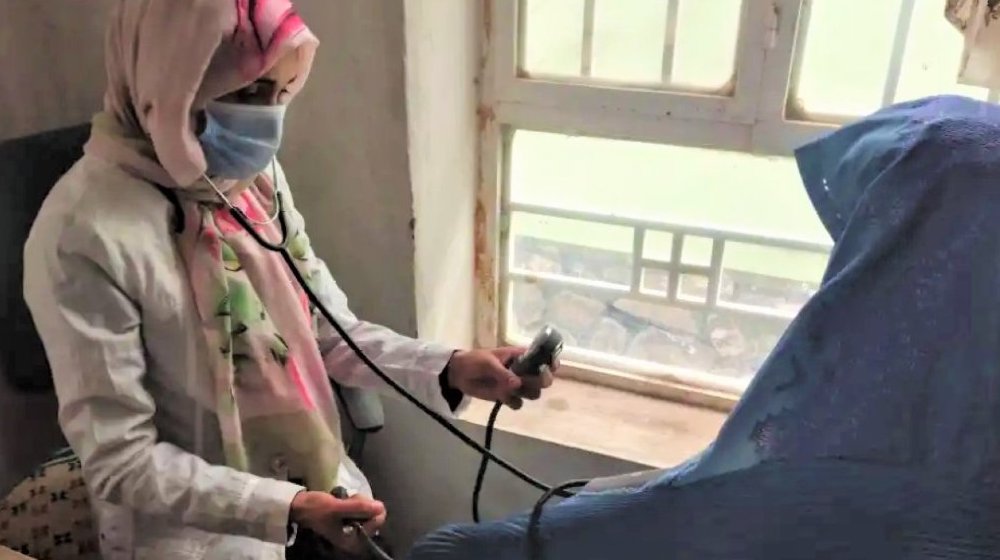