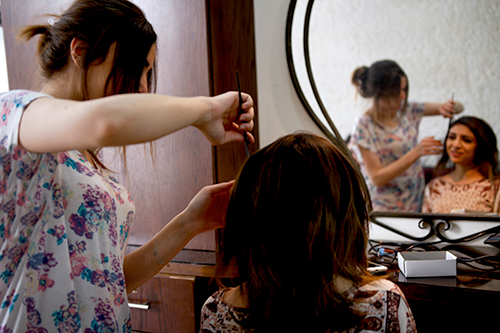 They had a child together when she was still a teenager.

One of the salon workers saw that Hiba was distressed, and advised her to reach out to the Hotline, a JWU- and UNFPA-supported service providing free legal advice and counselling to vulnerable women. Case workers provide care both by telephone and in person. 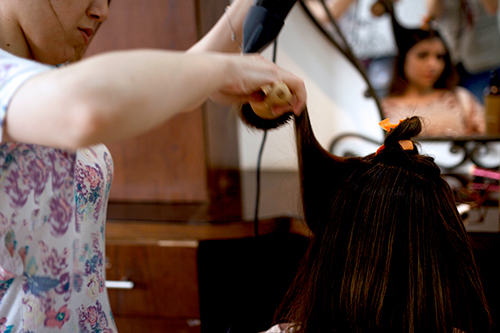 Three months after entering the salon training programme, Hiba became a certified beautician. She is now one of the most sought-after workers in the salon.