JAKARTA, Indonesia – “The day before I was discharged by the midwife, my daughter was circumcised. She is now three weeks old. When she becomes an adult, she will pray five times a day and read the Al Quran," says Rosa, a young woman living in Jakarta, before expressing a common misconception in the country. "According to religion, an uncircumcised girl is considered dirty.”

In many regions of Indonesia, the practice of female genital mutilation (FGM) is centuries old and deeply seeded, and many, like Rosa, mistakenly believe the procedure is a dictate of their religion.

The sixth of February marks the International Day of Zero Tolerance for FGM, and this February, Indonesia’s former First Lady Sinta Nuriyah Wahid’s, a devout Muslim, is leading a growing chorus in the country speaking out to counter this misconception and end the practice of FGM, which is recognized internationally as a violation of human rights.

“There really is no religious postulate for female circumcision, neither from the Al Quran nor from the Prophet’s sayings,” said Madame Wahid, as she explained to the attendees of a UNFPA seminar on FGM in Jakarta why none of her four daughters – or six granddaughters – have been subjected to the procedure. “Culture is the result of careful thoughts that start with the virtue of human dignity. A tradition that does not contribute to [this virtue] is not a tradition that should become part of the national culture.”

FGM comprises all procedures that involve altering or injuring the female genitalia for non-medical reasons, and it often results in severe bleeding and health issues, including cysts, infections and infertility, as well as complications in childbirth that increase risk of newborn deaths. 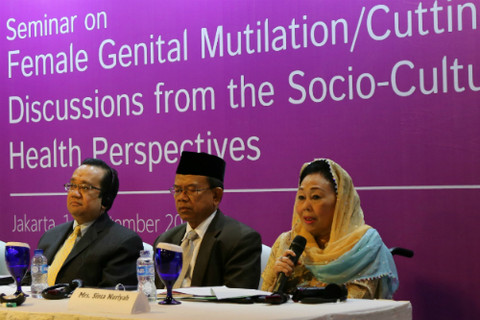 Nationally, 51 per cent of Indonesian girls under the age of 19 have been subjected to some form of FGM, according to the UNFPA’s Demographic Perspectives on Female Genital Mutilation. And in certain regions, over 80 per cent have, many while still in infancy.

Globally, it is estimated that approximately 200 million girls have undergone FGM, and if current trends continue, 15 million additional girls will suffer it by 2030. The procedure is most concetrated in 29 countries in Africa and the Middle East, but is also common in several Asian countries, including India, Indonesia, Iraq and Pakistan, as well as among some indigenous groups in Latin America.

Like many countries where FGM remains prevalent, Indonesia has officially banned the procedure – but successfully reducing and eliminating it will require a much larger and more coordinated effort.

“Many countries have passed laws to criminalize FGM; however, legislation alone cannot solve the problem,” sayid Dr. Ahmed Ragaa Abdel-Hameed Ragab, a professor from the International Islamic Centre for Population Studies and Research at Cairo's Al-Azhar University. “FGM can only be abolished by a grass-roots approach that involves community education and takes into consideration all aspects of a particular culture and tries to work within that system of beliefs to eradicate this practice.”

In 2014, researchers at Jakarta’s YASI University conducted a study along with UNFPA to better understand FGM practices throughout the country and help develop a new, more comprehensive plan to eliminate the procedure. Then in September 2015, UNFPA convened the seminar in Jakarta, attended by Madame Wahid and nearly 100 others, entitled Female Genital Mutilation/Cutting: Discussions from Social-Cultural and Health Perspectives.

The event brought together health professionals and international experts to discuss the research findings and create a detailed action plan to change the cultural dialogue around FGM and implement policies that can effectively combat it.

Following the seminar, Indonesia’s Ministry of Women’s Empowerment and Child Protection committed to leading the coordinated national response. And this Monday, 8 February, Indonesia’s Minister of Women's Empowerment and Child Protection, Dr. Yohana S. Yambise, will speak about the nation’s strengthened commitment to fighting the procedure at an International Day of Zero Tolerance for FGM event at the United Nations in New York.

“FGM is a violent practice, scarring girls for life – endangering their health, depriving them of their rights and denying them the chance to reach their full potential,” said UNFPA’s Executive Director, Dr. Babatunde Osotimehin. “To protect the well-being and dignity of every girl, we need to take responsibility as a global community for ending FGM. That means we need to learn more – and do more.” 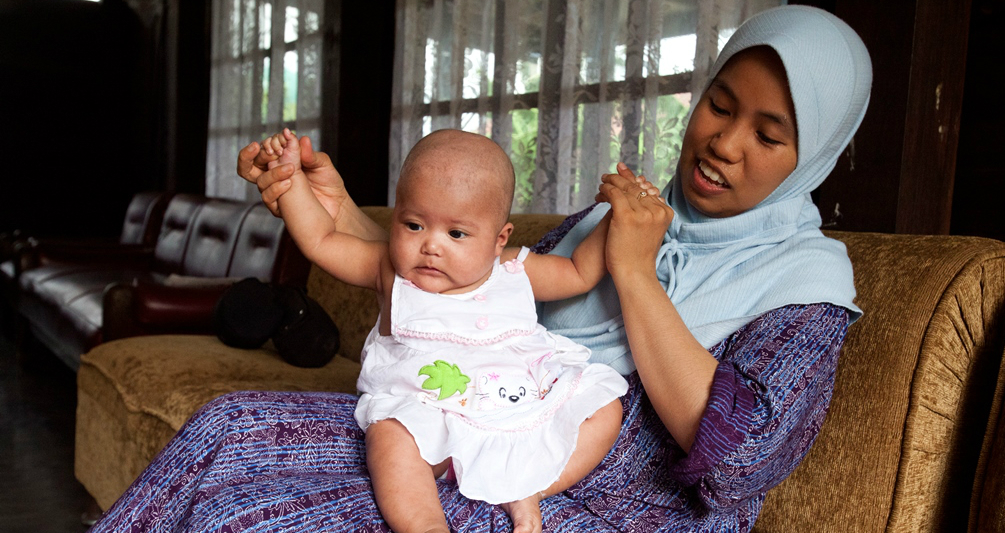 Amid pandemic and unrest, midwives undeterred in saving lives in Conakry