UNITED NATIONS, New York/Shan State, Myanmar – “When people are not counted, they are excluded,” said UN Secretary-General Ban Ki-moon, yesterday during the opening session of the 49th Commission on Population and Development (CPD). “Data and analysis are critical to ending inequalities, reaching the people who are hardest to reach and a life of dignity for all.”

For that reason, national censuses, which are ideally undertaken every 10 years, are one of a government’s most critical duties and an essential tool for achieving the 2030 Sustainable Development Goals. Without them, policymakers can’t understand disparities, their citizens’ health and development needs and where or how to invest in everything from schools to health care to roads.

However, censuses are also costly, requiring huge amounts of time and man power, and are among the most complicated peacetime processes nations undertake. As a result, many countries have outdated or inaccurate information – especially regarding their most vulnerable populations, such as women and girls and internally displaced persons.

Myanmar hadn't completed a national census since 1983 when it embarked on conducting one in 2014, with support from UNFPA. And the people in the northern, non-government-controlled region known as the Wa Self-Administered Division had never been officially counted at all. 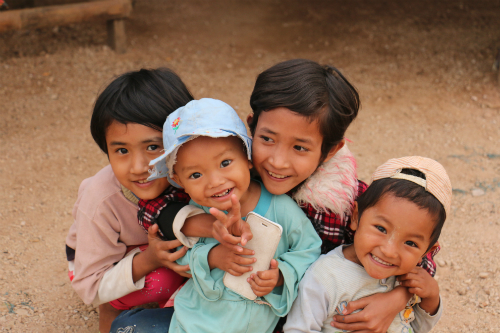 Half of the population in the Wa Self-Administered Division is below the age of 21. © UNFPA Myanmar/Yenny Gamming

No one knew how many people lived in the division, how many had access to education or clean water, the rates of maternal or infant mortality and much more.

“The 2030 Agenda is built on the assumption that every country will be able to identify and locate the most vulnerable groups, but over 109 countries in the world today don’t have vital statistics and registration,” said UNFPA Executive Director, Dr. Babatunde Osotimehin, during the CPD session. “We still need to develop better ways to reach those who have historically gone uncounted.”

Myanmar is among the least-developed countries in Asia, and in a 2000 WHO ranking of world health systems, it came in second to last globally. It is also an incredibly diverse country, with at least 135 distinct ethic groups, some of whom, especially in more remote border regions, remain embroiled in conflict. The Wa, traditionally found along the border between Myanmar and China, are among those remote groups.

They found that the division had a population of 470,764, and that in a nation with a literacy rate of 92.6 per cent among men and 86.9 per cent among women, only 25 per cent of men and 20 per cent of women in the Wa Self-Administered Division were literate. In addition, only 30 per cent of people were able to access running water and toilets. 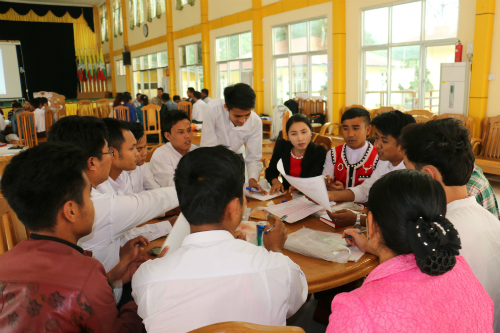 Authorities in the Wa Self-Administered Division learned how to interpret and use the census data in workshops. © UNFPA Myanmar/Yenny Gamming

But with over 50 per cent of residents below the age of 21, the population was also found to be younger than the national average, meaning it could potentially receive an economic boost through a demographic dividend, if improved educational and sexual and reproductive health services are established.

And the census not only facilitated the development process in the division, but also the peace process. Townships and villages throughout the Wa Self-Administered Division opened dialogues and agreed to collaborate with neighbouring settlements with whom they had long been in conflict in order to complete the census.

Then this year, outreach workers hosted workshops in the division, as part of a UNFPA-supported initiative to provide local authorities across the country with the tools to understand the census data and how it can improve policy that launched in September. As a result, participating civil society members from throughout the Wa Self-Administered Division grew increasingly accustomed to working with each other and representatives from government departments.

And many left eager to start working to use the new data to shape policies and priorities for their districts, towns and villages.

“As a woman, I am concerned that illiteracy is higher among women than among men,” said Yex Ahng, a representative from the Wa Traditional Culture Association, who attended the workshop. “In this way, understanding the census data motivates me to advocate for more girls to attend school.” 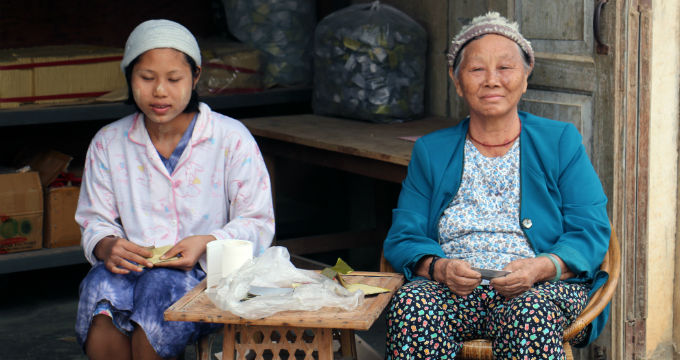