PHNOM-PENH, Cambodia – “My engine is still working!” a young man in a clinic yelled gleefully, having just testing negative for sexually transmitted infections (STIs). Patients in the waiting room turned to gawk at him.

It was a scene from Love9, a Cambodian television and radio show that just wrapped up an extraordinarily successful three-year run, having reached more than half of the country’s young people.

The programme was designed not only to entertain, but also to educate viewers about sexual and reproductive health – a topic traditionally considered taboo – as well as gender equality and healthy relationships.

Part comedy, part drama and part celebrity talk show, Love9 appealed to young people all over the country. Love9 even showcased how families and friends could jumpstart conversations about these sensitive issues.

“I believe that the programme encourages and empowers many young people to discuss hidden issues – such as sexual and reproductive health, loving relationships, family planning, contraception and gender equality – among their family and community more openly and in a fun way,” said Sok SamphasPhallika, a Love9 producer and radio manager.

Cambodia is undergoing rapid changes, including swift economic development and evolving social mores. But young people have little exposure to information about sexual and reproductive health, gender equality and human rights, leaving them vulnerable to disease, unintended pregnancies and violence. 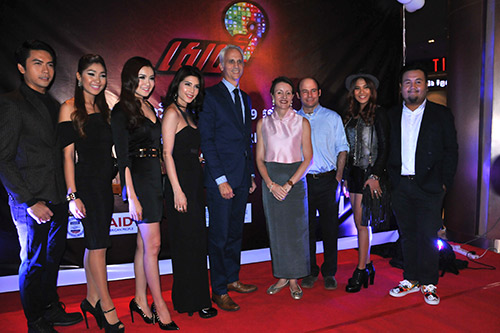 Stars of Love9 attend the launch of the show's second season. With them are UNFPA Deputy Representative Catherine Breen Kamkong (centre) and officials from USAID. © UNFPA Cambodia

Love9 was devised to address these challenges. The programme – a partnership between UNFPA, BBC Media Action Cambodia and the US Agency for International Development – was available on television, radio and online platforms, including social media, to reach as many people as possible.

It was a tremendous success.

In a single year, Love9 reached an estimated 53 per cent of the country’s youth, about 1.7 million people.

“Love9 has changed my way of thinking,” said 25-year-old Nin ChhimNin, a loyal fan of the show. “I am more confident to discuss with my fiancé the number of children I want and when we should have them,” she said.

Asean Plus, an active participant on the Love9 Facebook page, said he was happy to see parents motivated to talk to their children about family planning. These conversations can help girls avoid early pregnancy, he said.

“When girls start childbearing at a young age, their opportunities to grow will be frozen, contributing to low self-esteem and lack of social skills and development prospects,” he added.

A survey taken at the end of the show revealed that 77 per cent of Love9 viewers and listeners considered the programme educational, and 49 per cent learned something new from watching it. A whopping 92 per cent reported that watching or listening to Love9 made a difference in their understanding that condoms can prevent STIs, including HIV. 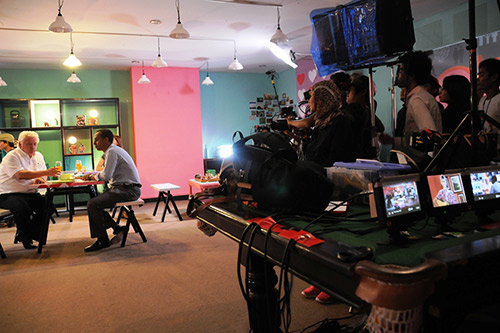 More work to do

There is a lot more work to do. General knowledge about STI symptoms remains low, and discussion of sex and contraceptives remains stigmatized.

But programmes like Love9 are starting to give young people the tools to address these issues head-on.

“Why did they put those obscene pictures in such a public place?” a father asked his family, referring to a poster about reproductive health, in a scene from Love9. “It makes young people want to…” He grew quiet, too embarrassed to finish his sentence.

“It doesn’t, Dad,” his daughter responded confidently. “It helps young people protect themselves.” 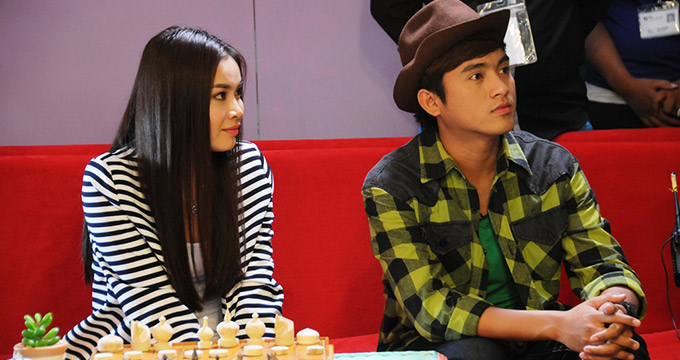