KAMPONG CHAM, Cambodia – In Cambodia, giving birth is often called “crossing the river.” Both can be dangerous – even deadly – if something goes wrong.

This is particularly true for women living in remote areas, who may lack information about maintaining a safe pregnancy or accessing skilled care during childbirth.

“Some women never even receive antenatal care once, and they come to the health centre too late. It is easy for them to experience complications during delivery,” said Ket Tanghor, a 32-year-old midwife in the Sla Health Centre in Tboung Khmum Province. 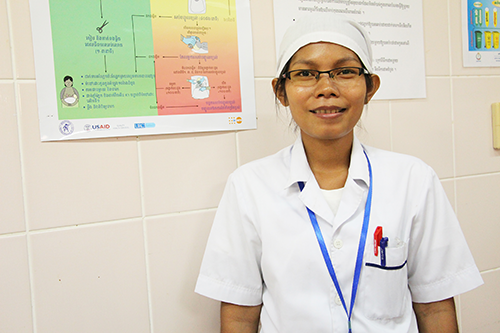 Cambodia has made great strides in reducing pregnancy-related deaths. In fact, it is one of only nine countries to have achieved the Millennium Development Goal to cut maternal death by at least 75 per cent – Camboria actually lowered its maternal death ratio by 84 per cent between 1990 and 2015.

This is why midwives like Ms. Tanghor are so critical.

Since becoming a midwife in 2013, she has assisted more than 300 deliveries in her community.

Mothers often introduce her to their children as “the midwife who helped deliver you.” 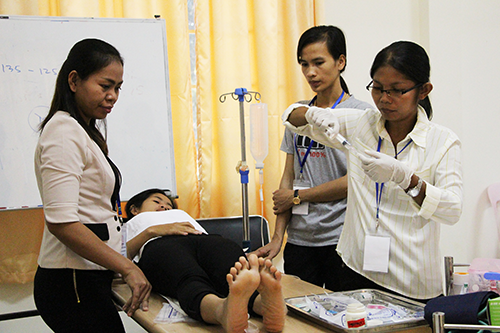 The trainings include role-play exercises as well as real-world practice under close supervision. © UNFPA Cambodia

“It’s the best feeling in the world,” she told UNFPA. “It made me feel like I’m not just a health worker, but a mother to every child I help deliver.”

Skills that save lives

“Nothing makes me happier than seeing mothers and babies safe, but it can be heart-wrenching when the situation turns out otherwise,” she said.

“Without proper skills, dealing with women’s labour complications can be very nerve-racking,” she added. “It’s like having two lives in your hands.”

The training focused on life-threatening situations that can occur during delivery. It included theoretical coursework, role playing and real-life practice. 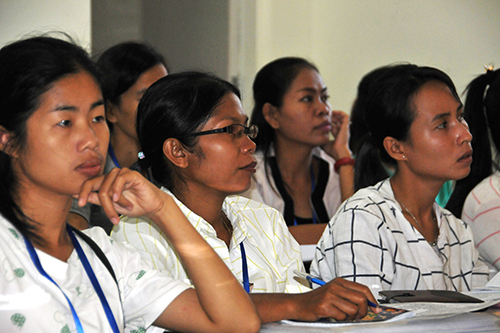 Over 1,000 midwives have been trained through the UNFPA-supported programme. © UNFPA Cambodia

“What midwives learn in school is mostly theoretical – their practical skills are not sufficient yet,” said Muth Sovanara, who has been a midwife trainer since 2012. “Most importantly, there are always new health problems that they do not learn about in school or that were not strongly focused on in the curriculum back then.”

By contrast, during the training at the Kampong Cham provincial hospital, midwives practice their skills in real-world conditions, under one-on-one supervision.

“In here, we sit down with midwives and share our best and most up-to-date practices,” Ms. Sovanara said.

The complications midwives most commonly report are obstetrical bleeding and eclampsia, Ms. Sovanara said. “We usually tailor our training’s focus to the most common cases that midwives are facing.”

Ms. Tanghor said that, in addition to the technical skills, she also studied how to deal with patients professionally.

“Women can be really nervous about giving birth, so I learned from my colleagues here to be more supportive for the women in labour and to patiently explain to them about their situations or what they should do.”

Since 2010, UNFPA has provided training in emergency obstetric and newborn care to more than 1,000 midwives in Cambodia. UNFPA is also working with the Ministry of Health to expand emergency care facilities across the country, helping to ensure high-quality treatment is available to women and newborns who experience life-threatening complications.

These programmes are making a difference.

“I am more confident in my skills now after the training,” Ms. Tanghor told UNFPA after the intensive course. “I hope I can see more smiles from women and their newborns when I assist them in delivering safely.” 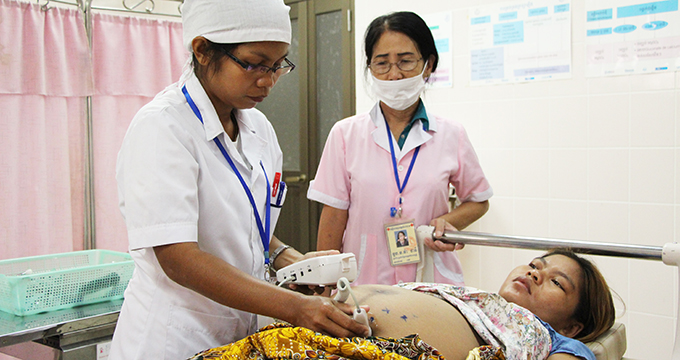