CHOUEIFAT, Lebanon – When Hiam, a 13-year-old Syrian refugee living in Lebanon, learned her parents wanted her to marry a complete stranger, she felt helpless. But she saw a way out after hearing of a UNFPA-supported livelihood project, which would help change her parents’ mind and transform her fate.

Hiam lives with her parents and six younger siblings in a shelter in the Choueifat area of Beirut, where they moved after escaping the war in Syria.

Hiam tried to attend school after arriving, but could not follow the curriculum, which was in English and French. She dropped out and stayed at home for eight months, and then received a marriage proposal from an older man.

But her family was struggling economically, and her parents had come to view her as a burden, she explained. They pushed her to accept.

An act of desperation

According to the 2014 Situation Analysis of Youth in Lebanon Affected by the Syrian Crisis – a report developed by UNFPA, the UN Children’s Fund, and other partners – 11 per cent of young Syrian refugees in Lebanon were married before the age of 15. Some we married as young as 10.

Parents choose this option as a coping mechanism. Many assume that their daughters will be safer and more secure if they are married. And when a daughter leaves to start a new life with her husband, the economic pressure on her family is reduced. 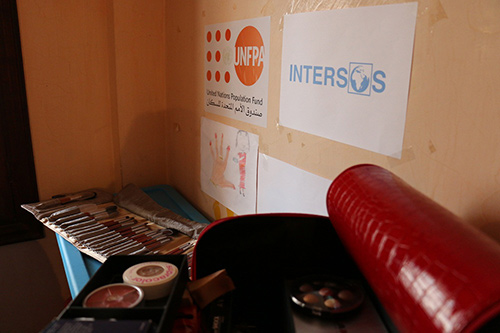 A make-up kit at a community centre in Chiah, Beirut, contains supplies to help women provide beauty services. The kits are distributed through a UNFPA-supported livelihood programme operated by INTERSOS. © UNFPA/ David Brunetti

Yet child marriage is a violation of human rights, and it can result in harm to girls’ physical and psychological health. Adolescent pregnancy also increases the risks of complications in labour and childbirth.

Make-up for the mind

It was only when Hiam started losing hope that she learned about the UNFPA-supported livelihood project from her aunt and neighbour.

The programme, run by UNFPA’s partner INTERSOS, aims to provide vulnerable Syrian and Lebanese women with income-generating skills. Participants receive a two-month training on cosmetics, manicures and hairdressing. They also receive a kit containing the products needed to develop these skills, and they undertake a month-long internship with salons identified by INTERSOS.

“My parents were very hesitant at the beginning,” Hiam said. “They were pushing me to give it up, but I saw this as my way out of being forced into something that I’m not ready for. A social worker was then able to talk to them and convince them.”

The INTERSOS social worker explained to Hiam’s parents that the programme could be an alternative to child marriage.

On 13 February, the students gathered around homemade food and a cake in a Choueifat salon to celebrate the end of the programme. Hiam, the only teenage girl, stood out among her classmates.

“Being enrolled in these courses and learning so many skills was a dream to me,” she said. “It felt like continuing the education that I had to drop due to my displacement.”

UNFPA is also supporting several youth programmes in Lebanon, such as training on peer-to-peer education and the management of peer-education programmes. UNFPA is additionally supporting the activation of four safe spaces for Lebanese and Syrian youth, where young people like Hiam will be able to learn and socialize in a protected environment.

The livelihood programme has helped change perceptions of women’s and girls’ abilities, said Jana Nakhal, the project’s coordinator. Many participants are “using the kits that we provided to offer beauty services from within the tents or shelters they live in,” she said. “INTERSOS has also arranged for our participants a weekly appointment in our community centres so that they can generate a network of clientele.”

The project has also inspired Hiam to become an agent of change. “One day, I will be doing like [the social workers], and become an example to follow and empower other girls to pursue their aspirations,” she said.

She now provides beauty services from her home and dreams of becoming fully economically independent.

“And for the first time in a while,” she said, “I can finally breathe.” 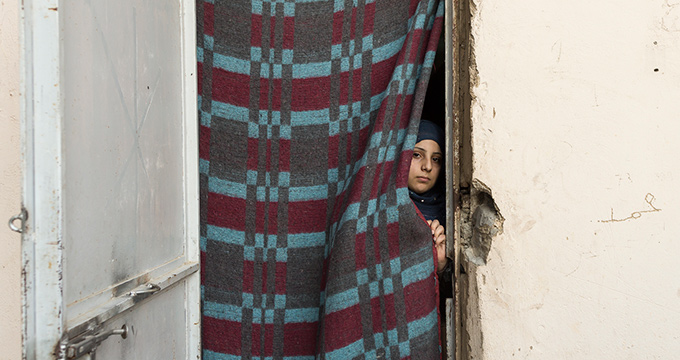