Better maternal health outcomes – and sometimes a miracle – in Guinea-Bissau

BUBA, Guinea-Bissau – Ami Campini says she’s lucky to be alive. The mother of four was seven months pregnant with her fifth child when she and her family moved from the northern part of the country to the Quinara region in the southwest where they own farmland for the start of farming season.

Within two weeks of arriving, she started bleeding – enough to warrant a visit to a health centre. But workers at the centre were on strike, so she was sent to another facility, which didn’t have an ultrasound machine to diagnose her condition.

An ambulance transported her to the Regional Hospital of Buba, located about 27 kilometres away, but because of poor road conditions, the trip took more than an hour. Once there, Ms. Campini, 31, was diagnosed with retroplacental hematoma, an emergency pregnancy complication caused when the placenta detaches, that can lead to miscarriage or stillbirth.

In rural communities, a lack of skilled health professionals contributes to high maternal and newborn mortality rates. Health centres have nurses and midwives but no obstetrician/gynaecologists to immediately assess high-risk obstetric cases.

Ms. Campini finally had a Caesarean section, delivering a 1.3-kilogram girl she named Zita. At such a low weight, the premature baby was not expected to survive. But after 24 hours, she was able to nurse and both mother and child left the hospital after 17 days.

“We considered saving only the mother’s life, as situations of retroplacental hematoma are rarely successful,” recounted Dr. Sonia Bako, a UNFPA-supported specialist in obstetrics and gynaecology with the United Nations Volunteers programme. “This case was a real miracle because we managed to save the life of the mother and the baby.”

The national average rate of maternal mortality is estimated at 746 per 100,000 live births but 3,015 in the Quinara region.

Ms. Campini’s operating room had been built in 2015 (though only became operational in 2021 due to the lack of qualified health-care professionals) as part of the Project H4+ initiative to strengthen emergency obstetric and neonatal care, funded by the Swedish International Development Cooperation Agency (SIDA) and implemented by the Ministry of Health, UNFPA and other partners. In 2018, UNFPA also supported additional training for 20 midwives to improve the capacity of midwifery faculty to meet the needs of the national health system.

Prior to Dr. Bako’s arrival in June, the hospital faced significant gaps in providing quality maternal health services because of a lack of skilled personnel. During Ms. Campini’s operation, a general practitioner was in the operating room, learning from Dr. Bako to be able to perform Caesarean sections by herself in the future.

"There is also a need for training at the regional level, as sometimes we have cases from other sectors that are many kilometres away,” said Dr. Bako, a UNFPA-supported obstetrician/gynaecologist who has performed 15 operations here so far. “This would make it possible to avoid long journeys helping to reduce maternal and child mortality.”

Despite Ms. Campini’s arduous experience, she focuses on what really mattered: “I was saved thanks to the existence of the operating room and the hospital’s health professionals who spared no effort to help me.” 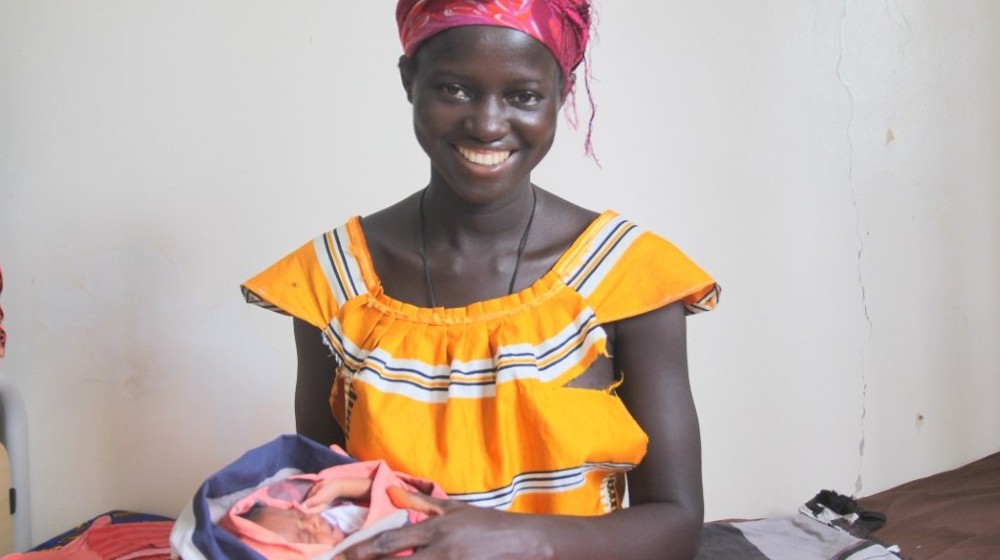 Better maternal health outcomes – and sometimes a miracle – in Guinea-Bissau

Joy after a frightening preterm delivery in Liberia

Life as Precious as Nafeesa