After decades of suffering, fistula survivors in Nepal find reprieve

DHARAN, Nepal – At the age of 17, Palesh Devi Rajdhobi was married off to a man she had never met. One year later, she gave birth to her first child. Then another, and another. When she was pregnant with her sixth, she knew something was wrong.

“By the time I was taken to the hospital, it was already too late. Two tragedies befell me. I had a stillbirth and started leaking urine constantly,” Ms. Rajdhobi told UNFPA.

After a prolonged labour, she had developed an obstetric fistula, a hole in the birth canal that renders women incontinent, unable to control their urine, faeces or both. Left untreated, the condition can cause infection, pain and a host of other problems – including social isolation and depression.

“I was thinking that I would leak urine throughout my remaining life and there was no cure for my suffering. I was always ashamed to leave the house because of the smell,” Ms. Rajdhobi said.

Fistula is one of the most serious childbirth injuries. And it is almost entirely preventable.

With access to maternal health care – particularly, caesarean sections – the injury has been largely eliminated in much of the world.

Yet it still afflicts the most marginalized women and girls, those without the money or ability to receive quality obstetric care. Girls who become pregnant too early, such as child brides, are especially vulnerable.

Today, more than 2 million women in the developing world are estimated to be living with the condition.

“Nobody would insist on visiting health centres for pregnancy check-ups back then,” Ms. Rajdhobi explained. “There were no means of transportation. We had to walk at least four hours to reach the nearest health facility.”

For more than two decades, Ms. Rajdhobi lived with fistula.

The social isolation she suffered as a result was particularly unbearable. Instead of going to the market and visiting friends and family, she was confined to the privacy of her home, too distraught to encounter community members who spoke ill of her.

She is not alone.

Nara Maya Rai, now 64, was left with the debilitating childbirth injury after her third pregnancy.

“[Back in] that time,” she recalled, “a pregnant woman in our village had to be carried four hours in a bamboo basket, and then three hours in a vehicle if she were to be taken to a hospital.”

Ms. Rai lives roughly 400 kilometres from the nearest large city. After developing an obstetric fistula, she, too, was ostracized from her community. “When I would go close to a village assembly, some of them would cover their noses and ask where that bad smell emanated from. I would wash my clothes several times a day.”

These stories are all too common – in Nepal and throughout the developing world. According to UNFPA data, an estimated 50,000 to 100,000 new cases of obstetric fistula develop each year.

In Nepal, UNFPA is supporting B.P. Koirala Institute of Health Sciences to provide free surgery and post-operative care to women who live with the injury. Over 30 women have already received treatment, of an estimated 200 to 400 who develop fistula each year in Nepal.

UNFPA is also working with its partners to raise awareness of the condition.

“In rural areas, many women and girls living with fistula do not receive any family support and never seek treatment, because they don’t know what is wrong with them and where to seek service,” said Maiya Bhattarai, a community mobilizer who orients women on obstetric fistula.

“We particularly engage women who are hard to reach, such as those living in rural areas and who are poor,” she said.

Ms. Rajdhobi and Ms. Rai are two of the women to receive free reconstructive surgery from the UNFPA-supported campaign in Nepal.

“It was like walking out of prison," Ms. Rajdhobi said, still remembering the day she left the hospital. "I was in tears of happiness.” 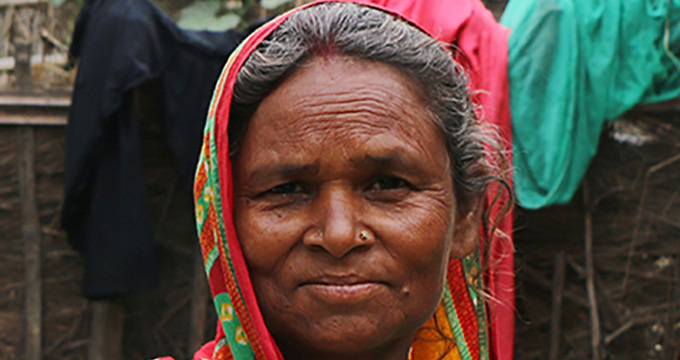 After decades of suffering, fistula survivors in Nepal find reprieve