UNITED NATIONS, New York –  “The health and rights of women and adolescents should not be treated like an afterthought in humanitarian response,” Dr. Babatunde Osotimehin, UNFPA’s Executive Director, said today at the launch of the agency’s flagship report, The State of World Population 2015, in London.

Humanitarian crises are taking an enormous toll around the world. More people are displaced today than at any time since World War II, and among those affected, women and girls are the most vulnerable.

More than a quarter of the 100 million people in need of humanitarian assistance are women and adolescent girls of childbearing age, between 15 and 49. They face mounting risks and vulnerabilities, but have limited access to services and insufficient funding to meet their unique health and protection needs. 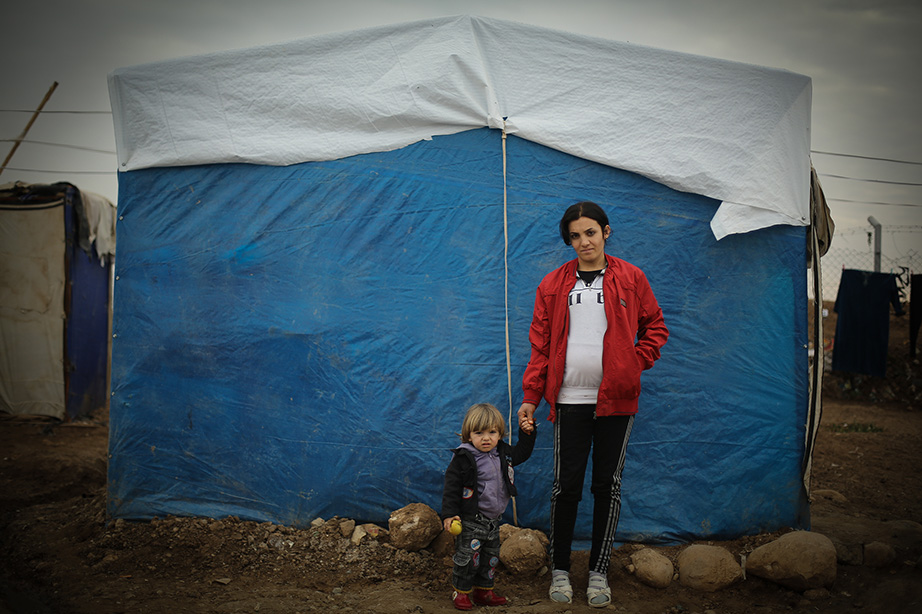 Pregnant mother and her child at Domiz camp in Iraq. © UNFPA

In 2014 alone, there were 60 disasters and seven complex emergencies or conflicts. To respond to these crises, the United Nations required a record $19.5 billion, but faced a $7.5 billion shortfall.

Some progress, but far from enough

Remarkable progress has been made during that past decade to protect the health and rights of women and girls in humanitarian settings. However, worsening crises, wars and natural disasters affect an estimated 26 million women and girls, leaving many of them vulnerable to sexual violence or in need of critical basic services like maternal healthcare and contraception. Some 507 maternals deaths occur daily in emergency and fragile situations, according to The State of World Population report, which is titled “Shelter from the Storm.”

Today, about 60 per cent of all maternal deaths take place in humanitarian situations, like refugee camps, or in areas affected by fragile conditions, the report says. The 10 countries with the highest maternal mortality ratios in the world are all affected by, or emerging from, war. And by the end of 2015, two in three cases of maternal deaths will have occurred in countries affected by a humanitarian crisis or fragile conditions.

The survival of women in a crisis often depends on whether they have access to basic sexual and reproductive health services, which often are overlooked for other urgent needs, like food and shelter.

UNFPA estimated that there were approximately 126,000 pregnant women in Nepal at the time of the April earthquake. Many of them gave birth without assistance from a skilled health worker, making complications even more dangerous during childbirth.

Because there are so many conflicts and disasters in the world today, UNFPA is delivering an increasing share of its services in crisis settings. Last year alone, UNFPA has provided reproductive health equipment, medicines and supplies to 35 million women and girls in crisis-affected countries. 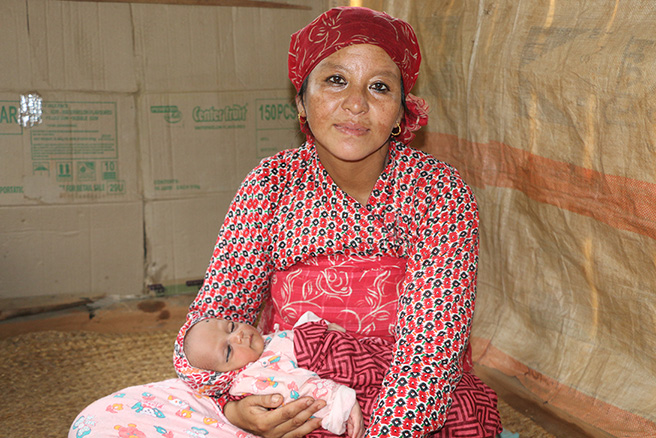 A mother holds her baby at Dango centre in Nepal after the devastating 2015 earthquake. © UNFPA/Santosh Chhetri

Humanitarian response goes beyond the provision of supplies and services. Increasing the capacity of communities to be resilient to disasters and conflicts is an imperative.

One of the weakest areas of resilience is among women and girls. Resilience-building involves addressing poverty and inequality, initiating pre-emptive measures before a crisis, and investing in reproductive health and rights to protect those most affected by disasters.

“Having the means to prevent a pregnancy and being safe from sexual violence – these are basic human rights,” Dr. Osotimehin says. “Rights don’t just go away, and women don’t stop giving birth when a conflict breaks out or disaster strikes.”

In September, countries around the world unanimously agreed to global goals on improving the health and rights of women and girls, including in humanitarian crises. But only if women and adolescent girls are empowered to play a central role at the household, community and government levels will this new vision for sustainable development be realized.