ZAATARI, Jordan – When Mohammad and Kholoud Suliman were told that their infant daughter was the 5000th baby born at the UNFPA-supported women’s clinic in Jordan’s Zaatari refugee camp, they immediately knew how they would mark the occasion – by naming her Rima, after Dr. Rima Diab, the clinic doctor who had brought her into the world.

Mohammad, 22, and Kholoud, 21, first met in Deraa in the south of Syria, where they both grew up. But it wasn’t until they arrived in Zaatari, after fleeing the violence in their country, that they decided to marry.

“When we arrived we thought that we would be here for around two to three months,” says Mohammad. “But when we realized that it was going to be a much longer time, we decided to start a family here.”

Little Rima, who was born in excellent health, is their second child. Their first, two-year-old Alaa, was also born in Zaatari.

The hazards of giving birth in transit

As of January 2016, there were more than 635,000 Syrian refugees in Jordan, including approximately 158,000 women of reproductive age, an estimated 16,000 of whom are pregnant at any given time. And the risk of complications among these women is high.

Mothers and babies in refugee settings are often cut off from quality health care and exposed to trauma, malnutrition, disease and gender-based violence. Globally, approximately 60 per cent of preventable maternal deaths occur in humanitarian and fragile settings.

The fact that many refugee mothers are under age 18 further compounds this already heightened risk. Women under 20 and their babies are much more likely to die during – or shortly after – child birth, and according to the World Health Organization, pregnancy is the second-leading cause of death among adolescent girls ages 15-19 globally. 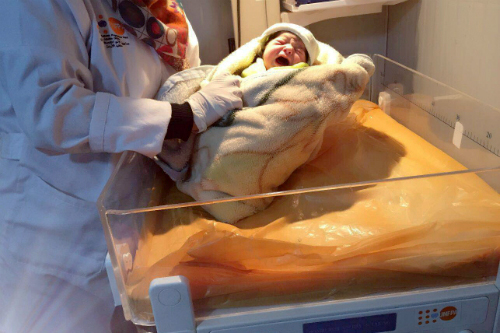 Recent UN studies have revealed that as the situation in Syria further deteriorates, child marriage is growing increasing common within the country’s borders and among the refugees fleeing the chaos. In UNFPA maternity clinic in Zaatari, approximately 5 per cent of new mothers are adolescent girls.

The Zaatari clinic, which UNFPA manages in partnership with JHAS Jordan Health Aid Society, is a clean, quiet enclave in this often hectic camp housing 80,000 refugees. It staffs 39 gynecologists, pediatricians, midwives and nurses, and is open around the clock.

Each day, the staff delivers an average of eight to ten babies, referring an average of two to three complicated cases to the nearby Moroccan hospital. And despite the heightened risk of maternal mortality among refugees, in the nearly three years the clinic has been operating with UNFPA support, not a single new mother has died there.

The staff also provides the approximately 20,000 women and girls of reproductive age in the camp with other urgently needed services, including comprehensive sexual and reproductive health and gender-based violence care, counselling, educational courses and a response program working to reduce early and forced marriages.

“This milestone is a good achievement,” says Dr. Shible Sahbani, UNFPA’s humanitarian coordinator in Jordan and South Syria, of baby Rima’s birth. “But the challenge for us now is to match this with excellent reproductive health care services, not just maternal health, and ensure we respond to all women’s issues in the camp, including gender-based violence.”

But for just one afternoon last week, the clinic's staff and many current and former patients took a moment to celebrate the 5,000 safe births. During the event held in baby Rima’s honour, her proud father entered bearing a plate of falafel from the small shop in the camp where he works, insisting it was the best falafel in Zaatari. As the attendees happily tested his claim, clinic staff passed out red roses and scarves to all the former female patients in the group.

“I never thought in my life that my daughter would get all this attention,” said Mohammad, addressing the group. “I hope her future will be as bright as this day, and that she will be an influential and famous woman in Syria when she grows up.” 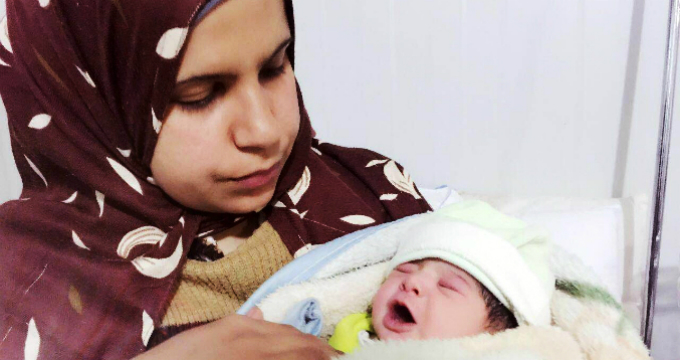