UNITED NATIONS, New York – Today, despite decades of activism and promises, women remain disadvantaged in almost every realm – from the workplace and home to the highest levels of business and government.

Policies and systems continue to neglect the needs of women, leaving them, for example, without access to reproductive health care or contraceptives. Discrimination against women deprives them of education and livelihood opportunities, leaving them more likely than men to be poor and illiterate. This inequality is most horrifically expressed in the continuing ubiquity of violence against women, which affects as many as one in three women around the world.

Wednesday is International Women’s Day, a day to reflect on the achievements of women who refuse to accept the status quo.

In commemoration, UNFPA is celebrating four inspiring women’s rights activists. These women are leaders in their countries and communities. All have overcome enormous barriers to raise their voices on behalf of the most vulnerable and marginalized.

These four women stood up to demand equality. You should, too. 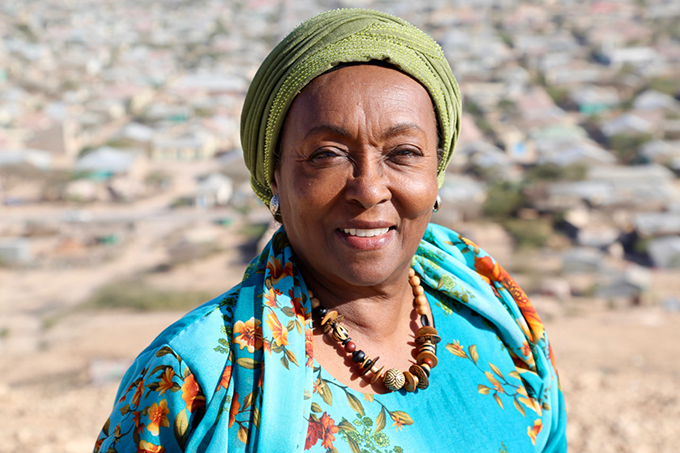 "Learn to lead by example and be a positive role model for other women and girls," Ms. Adan urged activists. © Sarah Winfield/Edna Adan Foundation

Ms. Ismail has long been a trailblazer: She was one of the first women in Somalia to become a nurse and midwife, to obtain a driver’s license and to gain a leadership position in the health system. In 1965, she was recruited by the World Health Organization to educate other nurses and midwives, and in 1976 she started to speak out against female genital mutilation.

These achievements were against all odds: Gender inequality is deeply rooted in the Horn of Africa. There were not even schools for girls in the area where she grew up, she told UNFPA. But she took inspiration from her father, a doctor. “He allowed me to learn to read and write with boys,” she said. “He treated me in the same way that he treated my brother and my male cousins, encouraged me to seek the same rights for other girls too.”

In the 1960s, despite Ms. Adan’s extraordinary accomplishments, she was denied civil service appointments “because I was a female and no female had ever been appointment to such a senior position in the past.” Still, she dug in her heels. “I refused to leave,” she said. After nearly two years of hard work, she received the appointment. 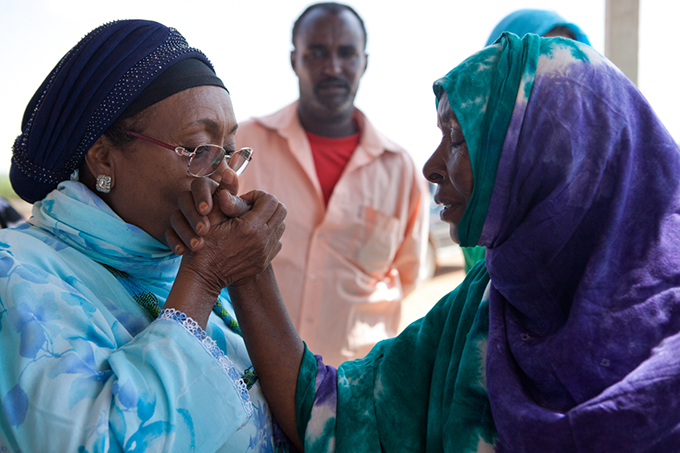 Ms. Adan has been widely recognized for her contributions. © Arthur Nazaryan/Delphin Films

As a health professional, she saw how gender inequality can kill. Somalia has one of the highest maternal death rates in the world, a sign that the health needs of women are going unmet.

To fight these trends, Ms. Adan opened a maternity and teaching hospital in "Somaliland" in 2002. There, health workers were trained to safeguard not only women’s health but their rights as well.

It has since grown into a large general hospital and major referral institution for the region. And in 2010, Ms. Adan established a university, which today has nearly 1,000 students enrolled in a variety of health-related courses.

Ms. Adan has been widely recognized for her work: In 2010, she was awarded the French Legion of Honour.

Still, she says, women have a long way to go. “We have not yet reached our goals for gender equality,” she told UNFPA, which has supported programmes at her hospital.

She has advice for other women’s rights advocates: “If you believe that what you are doing is right, do not give it up to please others.”

2. Marijana Savic, founder and director of the NGO Atina 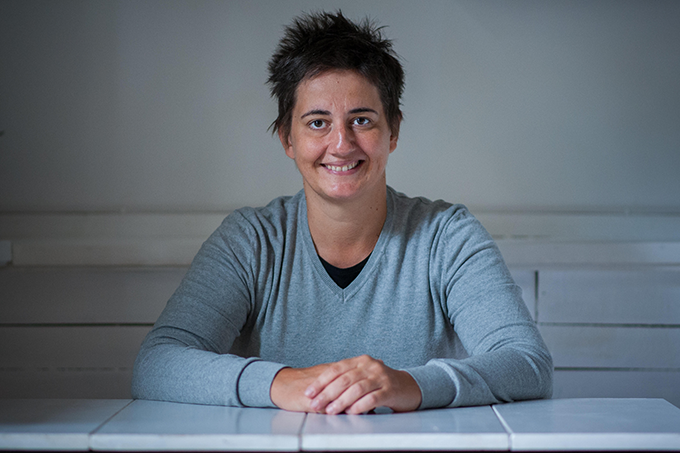 "Women and girls need to be listened to, acknowledged and respected as individuals and not [defined] by their gender roles as just mother or wives, and provided by same chances as all the others," Ms. Savic said. Photo courtesy of the NGO Atina.

“During the 90s, I lost my country, and thus a part of my identity,” Ms. Savic told UNFPA, referring to conflict in the former Yugoslavia. “I witnessed the horror and the suffering of people, especially women and girls… Human rights were put aside, and that was particularly true for the women’s human rights.”

These abuses did not end when the conflict did. “Even today, we live with the consequences of the war,” she said. In 2004, she founded the NGO Atina to aid survivors of violence, exploitation and human trafficking in Serbia. “We established the first safe house for victims of trafficking,” she told UNFPA.

Today, Atina provides psychosocial, legal and medical assistance, and helps survivors reintegrate into society. Its programmes reach not only women but also children and men.

Most recently, Atina has responded to the needs of the refugees and migrants streaming through Europe, providing medical services and other care to women and girls on the run.  (UNFPA supports Atina’s mobile outreach teams and other programmes.)

But for real change to take place, Ms. Savic says, society must “understand the root causes of trafficking and violence.” Policies and programmes are still designed by men, she says, “therefore, they reflect patriarchal norms and men’s interests… women and girls remain in the background, invisible.”

But she has hope for the future: “I believe that we, as individuals, are changing things. Nothing is beyond us. Some steps could be small, but when we look back, we realize that we made all those changes.” 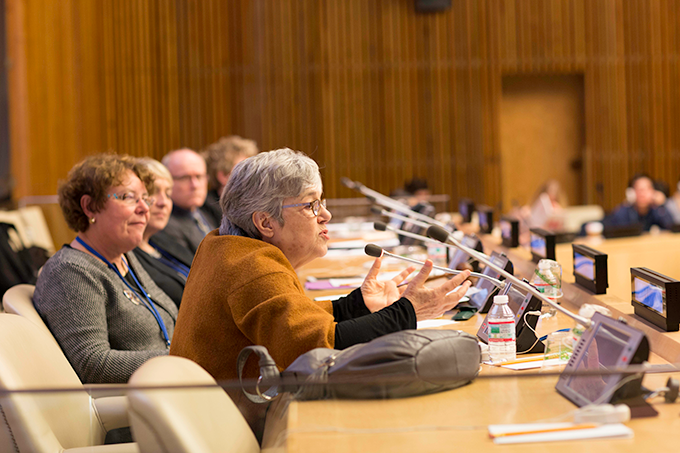 Ms. Barroso says her inspirations include "the many feminists I was lucky to meet throughout my life... from the indigenous woman doing organizing in the isolated mountains in Latin America to the women who dared to break glass ceilings everywhere." Photo courtesy of IPPFWHR.

Ms. Barroso dedicated her life to promoting women’s right to access health care – especially sexual and reproductive health care. Her journey began as a child in Brazil. “I did not think it was fair that my brother had greater freedom than I had. He could even play in the streets!” she said. Her parents encouraged her academic talents, “but their aspirations for me were limited by their traditional view of the role of women.”

It only when the women’s movement began to make headlines in the 1970s, she explained, “that I saw that change was indeed possible.”

After receiving her PhD, she opened a women’s studies centre in Brazil. Gradually, she started pushing for policy reforms to meet women’s rights and health needs.
As a director at the MacArthur Foundation, and later as a director of the International Planned Parenthood Federation/Western Hemisphere Region, she advocated about these issues on the global level. Last year, she was awarded the United Nations Population Award for her contributions to women’s reproductive health.

Over the decades, Ms. Barroso has seen progress – but not enough. “There has been a decline in maternal mortality worldwide, but it is still scandalously high,” she told UNFPA. “The lifetime risk of dying from pregnancy and childbirth-related complications, including unsafe abortion, is 80 times higher in low-income countries than in high-income countries, the greatest gap in a public health indicator.” 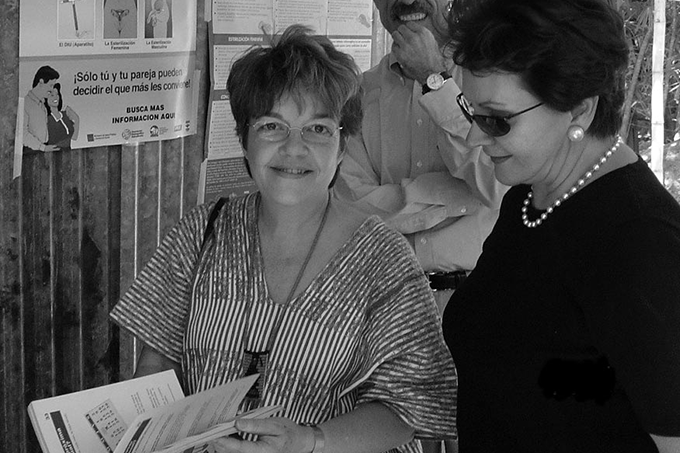 Even though women have gained greater political power and influence, Ms. Barroso said, "these have not been enough to bring full gender equality and fulfillment of basic women’s human rights." Photo courtesy of IPPFWHR.

Asked for advice to give other aspiring women’s right advocates, she offered a list of 12 essential steps for change-makers: 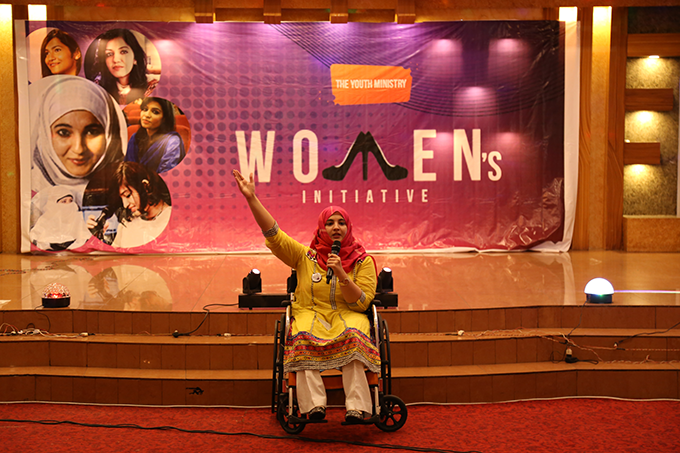 "Every woman has the power that is bestowed on her by God," said Ms. Khan. Photo courtesy of Tanzila Khan.

In many ways, Ms. Khan, 26, is the face of a new generation of women’s rights activists: Her advocacy is infused with creativity and optimism. “I believe we all have a voice that is very powerful,” she told UNFPA.

Ms. Khan began by publishing her first book in Pakistan at age 16, a feat that brought her attention and self-assurance. “As a girl with disability, it gave me a lot of confidence and made me believe in myself. I wanted every other girl to have that feeling as well,” she said.

She began advocating for the rights of disabled persons, and joined Y-Peer, a UNFPA-supported programme that empowers young people with information about their sexual and reproductive health and rights. Soon, she was training other young people.

She founded a production company for young artists and became a motivational speaker, encouraging youth to seize their rights and make change. Today, she is the provincial coordinator for the National Forum of Women with Disabilities.

Ms. Khan sees the fight for women’s rights as part of a continuum of efforts to secure peace, justice and equality. “Without the empowerment of women and girls, the world cannot progress,” she told UNFPA.

Her advice to other activists? Celebrate and advocate for women and girls, no matter where they are. “Sitting in Lahore, I equally feel for and work for women in the USA [and elsewhere], regardless of religion, race or identity,” she said. “This is one sisterhood, beyond borders, and we all must feel for each other.”

Statement by UNFPA Executive Director Dr. Natalia Kanem on the crisis in Somalia