ZAATARI, Jordan – When little Obada was welcomed into the world on 6 March, he became the 3,000th baby born at a UNFPA-supported clinic in the Zaatari camp in Jordan. Some 83,500 Syrian refugees are living in the sprawling camp, having fled the chaos back home. Despite the chronic stress of displacement, none of the 3,000 births has ended in a maternal or infant death.

“I had a smooth delivery, no complications,” Obada’s mother, 18-year-old Nour, told UNFPA as she slowly rocked the baby to sleep. He was born a healthy 3.8 kg.

Like many Syrians living in Zaatari, Nour came from the city of Daraa, near the Syrian-Jordanian border. She has been in Zaatari since fleeing her home January 2013. 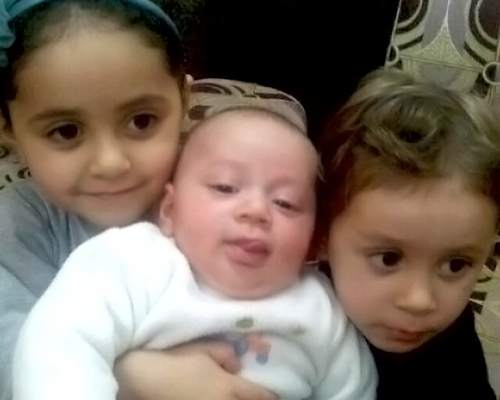 Baby Obada with his cousins in the Zaatari camp in Jordan. Image courtesy of Nour.

“I visited the clinic regularly from the day I found out I was pregnant,” Nour said. “I never worried because the staff was always so kind and attentive, closely following my case and ensuring I understood the different stages my body was going through.”

The clinic is operated by the Jordan Health Aid Society (JHAS), with support from UNFPA. Obstetricians, gynaecologists, paediatricians, nurses and midwives perform routine deliveries around the clock, and also provide a full suite of prenatal and post-natal care.

“They even taught me at the clinic how to breastfeed, and told me how important it is for the baby,” Nour said.

In addition to the clinic where Nour gave birth, three other JHAS/UNFPA-operated centres in the Zaatari are also providing prenatal and post-natal care. The clinics are supported with funding from the Government of Kuwait, the European Commission’s Humanitarian Aid Department, and the US State Department's Bureau of Population, Refugees Migration. 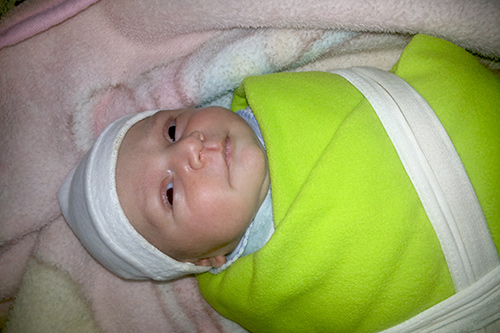 Obada shortly after his birth in a JHAS/UNFPA clinic. © JHAS/UNFPA

When the health centres opened in 2012, they provided a range of reproductive health services, including prenatal care, health awareness and family planning care. Safe delivery services have been available since June 2013. The clinics also offer referrals to nearby hospitals for pregnancy or labour complications.

So far, more than 120,000 women in Zaatri have received reproductive health services from these centres, which are visited by an average of 60 to 80 women each day.

Dreams for her son

Nour has taken Obada back to her shelter in the camp. Her in-laws, parents and relatives live nearby in a cluster of caravans, and Obada’s young cousins visit often.

Still, Nour says she looks forward to the day she can take him home – to Syria.

“I dream of taking Obada back to my hometown,” she said. “I would love to see him run around my parents’ house in Daraa. But until then, I will raise him here, hoping I can give him the love and care I have always dreamed of giving my children.” 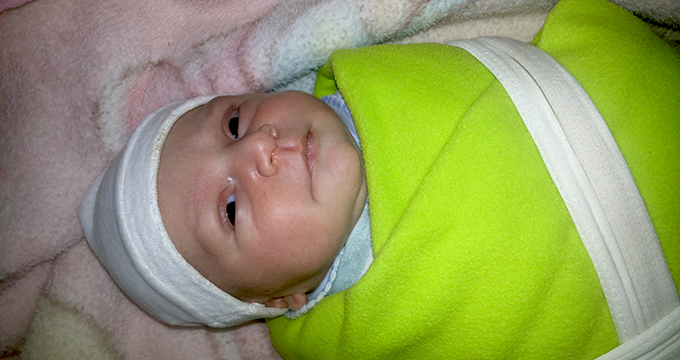