What is the Humanitarian Thematic Fund?

The fund operates in line with UNFPA’s commitment under the Grand Bargain; an agreement among humanitarian aid donors and agencies to deliver flexible financing, reduce administrative costs, simplify reporting requirements, and enhance engagement between humanitarian and development actors. As an expedited, quality-assured, emergency funding mechanism, the HTF backs response and preparedness efforts. It helps country offices close critical funding gaps that are not met through regular or bilateral financing. Financed by governmental and private donations, the HTF allows UNFPA to act quickly and efficiently, wherever humanitarian need arises.

Why invest in the fund?

The HTF offers the following set of advantages, making it the preferred mechanism for investing in UNFPA humanitarian action:

The HTF was fundamental in UNFPA’s efforts to respond to humanitarian emergencies across the globe. The impacts of the pandemic continues to result in diminished social services, economic activities, financial resources and infrastructure and has exacerbated people's existing vulnerabilities. Thanks to the generous contributions from donors, UNFPA was able to respond to nearly 50 countries facing humanitarian emergencies, including needs linked to the COVID-19 pandemic. The HTF disbursed a total of $19.1 million to provide time-critical and life-saving humanitarian support in 49 countries (including regional offices).

In 2021, its third year of operations, the contributions to the HTF totaled around $11.5 million coming from Finland, Norway, Republic of Korea, Denmark, Spain, Cyprus, Music Securities, Inc., and UNFPA’s Individual Giving Programme. Thanks to the generous contributions from donors, UNFPA was able to respond to over 50 countries in humanitarian emergencies under the continuous severe context of COVID-19.

A total of $1.5m was received during 2021 from the Republic of Korea, resulting from the initial multi- year agreement signed in 2020 and the additional funding agreed to in 2021.

The Humanitarian Thematic Fund (HTF) is a multi-donor, pooled funding mechanism and represents UNFPA's most flexible humanitarian funding instrument, allowing the oragnization to make timely and strategic funding allocations to humanitarian cries around the globe. 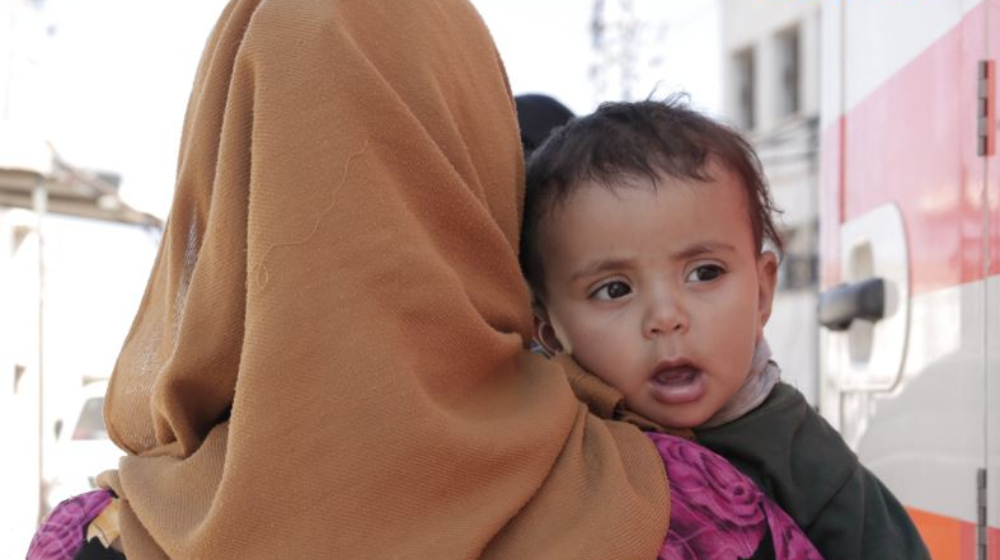 In 2022, UNFPA is appealing for an estimated US$835 million to provide life-saving health and protection services to over 54 million women, girls and young people in 61 countries. Emphasis is placed on preparedness, early action and response to save the lives of women and girls and young people in emergencies, upholding dignity and human rights, reinforcing hope for the future. In collaboration with our partners and in solidarity with communities, we are adapting to evolving needs and circumstances, and innovating, based on data and evidence, to reach those most in need.