On 22 September 2014, world leaders gathered in New York for a United Nations General Assembly special session (UNGASS) to discuss the progress and achievements of the goals of the landmark International Conference on Population and Development (ICPD), held in Cairo in 1994.
Senior government officials from 90 countries took part in the session. Plenary meetings featured statements by the President of the UN General Assembly, the Secretary-General, the Executive Director of UNFPA, the United Nations Population Fund. Member and observer States, as well as five selected representatives of non-governmental organizations, also spoke.
Overall, participants agreed that population concerns must be at the core of the post-2015 development agenda and cited the need for universal access to basic services, such as health care and education. They shed light on their respective national trends, including maternal and infant death, fertility, contraceptive use, ageing and HIV/AIDS prevalence, as well as programmes for family planning and sex education. Several speakers voiced strong support for sexual and reproductive health and rights, and representatives from developing countries appealed for reliable financial and technical aid to implement their respective sustainable development agendas. 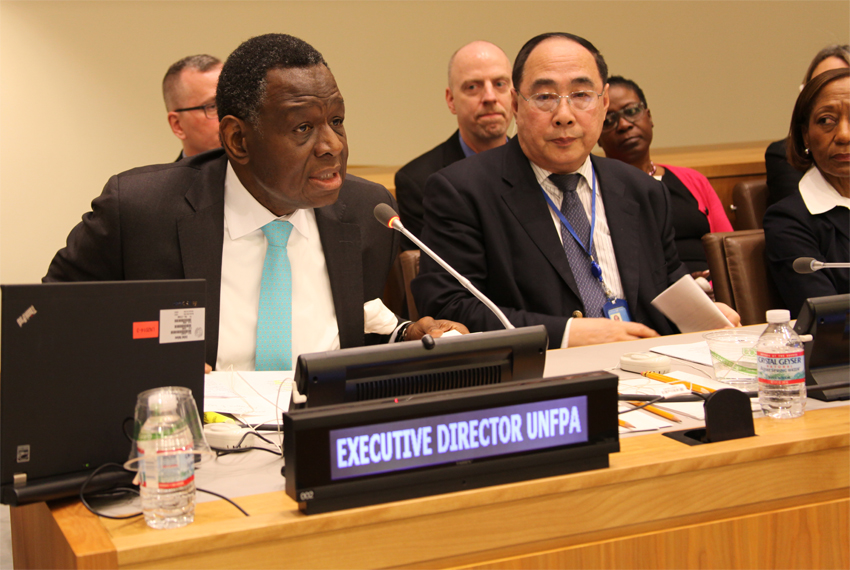 UN Department of Public Information: Coverage of the Special Session of the General Assembly on the follow-up to the Programme of Action of the ICPD
GA Resolution: 65/234

Report on the 47th Session

48th session of the Commission on Population and Development 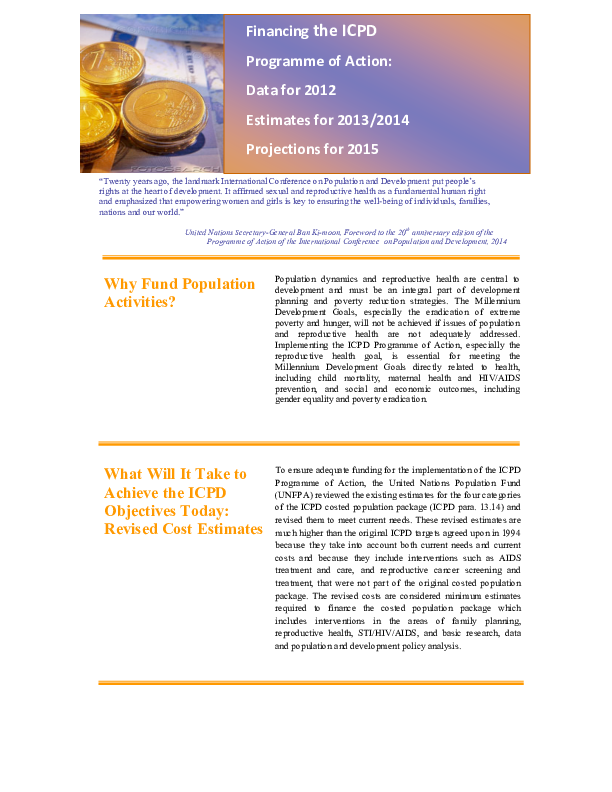