SANA’A, Yemen – On 26 March 2015, the conflict in Yemen dramatically escalated. Two years later, it has become one of the worst humanitarian crises in the world.

An estimated 18.8 million people – two thirds of the population – are in need of some kind of assistance or protection, according to the United Nations Humanitarian Needs Overview. Some 7,600 Yemenis have been killed, more than 42,000 have been injured and over 2 million people are displaced.

Yemen faced enormous levels of humanitarian need even before 2015. But today, the country is on the brink of famine, with food insecurity affecting 60 per cent of the population. 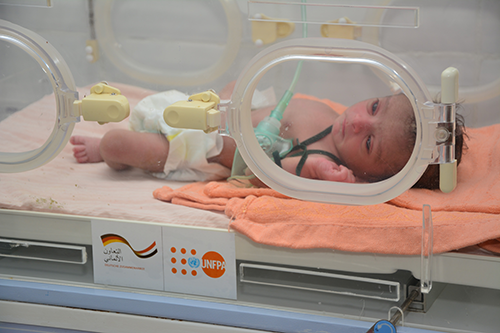 “We were already poor before the war,” said Amal*, 25, who was displaced from Taizz Governorate, “but now we do not have a house. We are hungry, and we have children to feed. I go to sleep thinking how I can make money to feed my children and buy them shoes to walk in.”

Yemen already has one of the highest maternal death rates in the Arab region. But food scarcity is putting the lives of 352,000 pregnant women at risk, and it could harm the health of 2.2 million women of childbearing age who are in urgent need of assistance and protection, according to UNFPA calculations from January 2017.

Some 52,800 pregnant women are at risk of life-threatening complications during childbirth. Meanwhile, the conflict has caused a dramatic breakdown in health services. An estimated 14.8 million people lack access to basic health care, including reproductive health care. Medical supplies are in chronically short supply. Only 45 per cent of health facilities are functioning, and only 35 per cent of these provide maternal and newborn services.

“One night, I was called to help a mother and baby who were dying after a home delivery,” said Safia*, a UNFPA-supported midwife in Lahj Governorate. “There was heavy bombing and a curfew from six in the evening to six in the morning. No one could go out, the pharmacies were closed, and the electricity was also cut off, and it was dark. But I decided to take a risk and walked all the way to her house.” 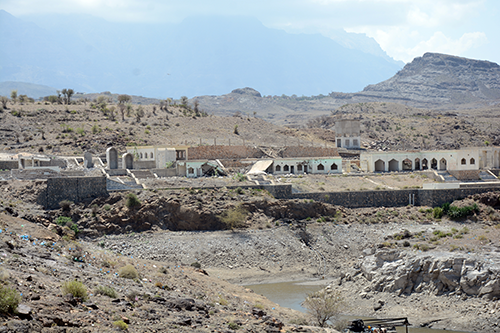 Safia arrived just in time to save their lives.

Women and girls in Yemen have long endured low status and high rates of abuse, but displacement and the breakdown of protection mechanisms have increased their vulnerability.

“After my father died and the conflict erupted, my family became too poor. I became a burden to them,” 29-year-old Hayat* said at a UNFPA-supported women’s shelter. “My family took me to this shelter because they could no longer care for me.”

Today, an estimated 2.6 million women and girls are at risk of gender-based violence. Violence against women and girls has reportedly increased by over 63 per cent since the conflict escalated, with over 10,000 cases reported in 2016 alone.

The crisis has also left many women and girls to care for their families alone.

“I am now living in a displaced camp in Ibb Governorate,” Ameera*, 28, told UNFPA. “My husband was working in another governorate. I had no one to support me so I just carried my baby and left. I could not take any of my belongings.” 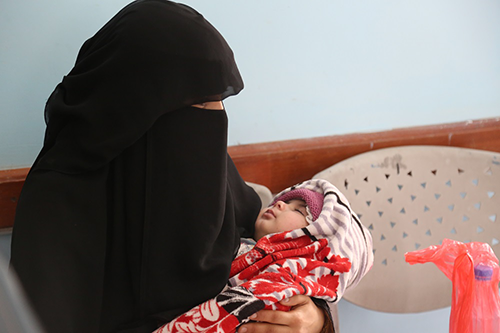 An 18-year-old mother with her second baby in a hospital in Ibb. © UNFPA Yemen

Seventeen-year-old Reham* is also shouldering the weight of her family’s care. “My dad used to beat my mum and my four siblings constantly, so my mum left us,” she said. “My dad also would leave us to look for jobs. As the eldest child, I had to take care of my siblings and the house. I was 13 years old, but I felt like I was a mother of five children. I tried to run away many times and commit suicide, but I was afraid to leave my siblings behind.”

UNFPA is working to meet the urgent reproductive health and protection needs of women and girls.

With local authorities, non-governmental partners and other UN agencies, UNFPA has managed to reach nearly 1 million people with sexual and reproductive health care and services addressing and preventing gender-based violence.

“After coming here my life has changed,” Hayat said at the women’s shelter. “The psychological support sessions helped me to regain my confidence.”

Rehat has also benefited from a UNFPA-supported women’s centre. “I heard of this women centre through a friend. They helped me to pursue my education and find a job,” she said. “I am looking after my siblings with that.” 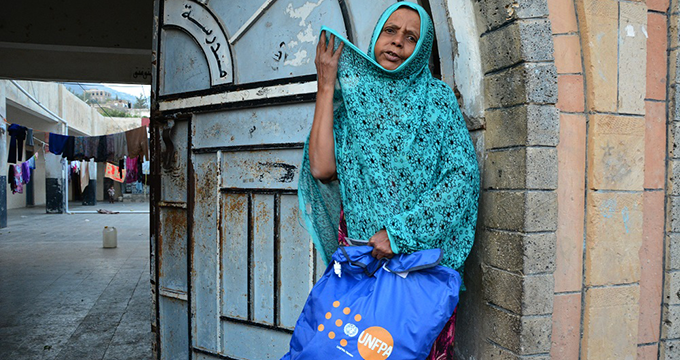