BANGKOK, Thailand – “I had plans for my life, but since I got pregnant I had to plan for my life in a different way,” said Fern*, 18. “If I knew this was going to happen, I would have just focused on my studies. I would not have bothered with that guy.”

Dressed in a loose-fitting maternity dress, Fern sat in a room full of women and girls, some pregnant, others nursing newborns.

They are residents in a UNFPA-supported emergency home – a safe haven offering crisis care and shelter for women and girls who find themselves unexpectedly pregnant. The youngest is just 13, and the half dozen other teens are somewhere between 13 and 18.

Fern, like many of the residents, came to hide her pregnancy from family and the community.

She later shared the news with her mother. “My mother came to visit and we both cried a lot,” she recounted. “But I am comfortable here now. I feel safe.” 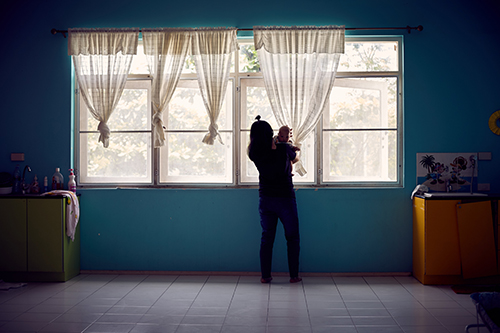 May* loves her son, but she says she is not ready to be a mother. She says she cries every day. © UNFPA/Ruth Carr

Experts say there is a clear link between teen pregnancy and inequality.

“We see can see this in the statistic of adolescents who become pregnant,” says Wassana Im-Em, UNFPA’s Assistant Representative in Thailand. “From the data, we know that it is the two poorest quintiles, the poorest 40 per cent, which have the highest rate.”

These teens are more likely to lack access to quality education and information, she explained.

In Thailand, about 1.5 million babies were born to teenage mothers between 2000 and 2014. In 2016 alone, nearly 14 per cent of all pregnancies were among adolescents.

She was academically gifted, but her home life was difficult. Her father had been absent for years, and her mother lived elsewhere as a domestic worker.

Fern was left alone, living in a single-room apartment. Feeling isolated, she embarked on a friendship with a boy she met online.

“We communicated for a few months, and then he asked if he could come to my room. We talked for a while, and then he asked if we could have sex together.  At first I refused, but he kept insisting. Then, when I asked him to use a condom, he said, ‘No, it’s no fun to use,’” Fern remembered. 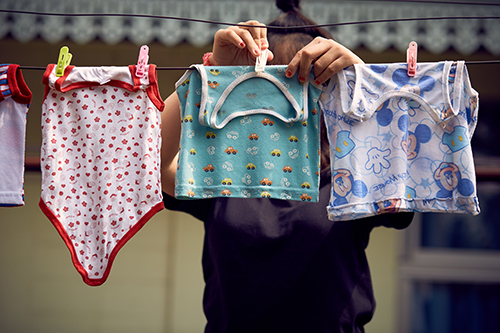 Girls who are poorer, who lack access to quality education, and who are not empowered to negotiate in their relationships are more vulnerable to adolscent pregnancy, experts say. © UNFPA/Ruth Carr

Nattiya Thongsrikate, director of the emergency home, says girls like Fern are especially vulnerable. Living alone or with limited adult guidance, they often lack the knowledge and empowerment to advocate for themselves in relationships, she said.

“The girls who come here are mostly from broken families. So that is the first disadvantage. But in my experience, they also lack crucial knowledge. Many think that the first time they have intercourse will not lead to pregnancy. And boys think this way too. So they don’t fully understand their own sexual and reproductive health. In addition, they do not have the skills to negotiate what boys ask them to do.”

Though sex education is compulsory in Thai schools, many feel it is not adequate.

“My school did have some sex education,” said May*, 15. “But in my opinion, there was not enough detail. Talking about sex is not wrong and teachers need to understand they need to go deeper, so kids can manage their own sexual health and activity.”

May’s son, Ton, is now one month old. Although she loves him, she says she is “not ready to take care of a child” and “cries every day.” Abandoned by the baby’s father, she is grappling with whether to give Ton up for adoption.

Meanwhile, Fern is determined to complete her education and eventually attend university. But she’ll be limited to attending classes just one day a week, when her mother can babysit. She is also struggling with the stigma of being a young mother.

“I am worried how long I can hide the fact that I have a baby,” she said. “I do not want anyone to know.” 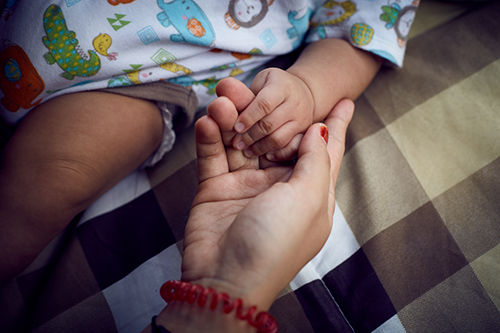 "Talking about sex is not wrong and teachers need to understand they need to go deeper, so kids can manage their own sexual health and activity,” said May*. © UNFPA/Ruth Carr

A new bill, The Prevention and Solution of Adolescent Pregnancy Problem Act, was passed in 2016, with support from UNFPA and other organizations.

It aims to improve the quality of sexual and reproductive health education, and to improve services for young mothers by increasing information-sharing across ministries.

The challenge now is to implement it effectively.

UNFPA is working with the government on this, providing technical and other support. UNFPA is also promoting youth-friendly sexual and reproductive health services.