LILONGWE, Malawi –  Prisca Gama, 22, and Given Mwira, 26, remember first trying the menstrual cup in November 2016. The women, both fourth-year students at Mzuzu University in northern Malawi, quickly became enthusiastic about the product, finding it to be cost-effective and environmentally friendly.

“When we use menstrual pads, we struggle on how to dispose them due to the way the menstrual pads are made, while with a menstrual cup, you just empty the cup, clean it and use it again,” said Ms. Mwira.

Both Ms. Mwira and Ms. Gama were among 10 women at Mzuzu University to receive training to educate their peers about the menstrual cup.

Each of the trainees received 50 menstrual cups to distribute to interested women and girls. Within a week, all the cups had been given away, and demand remains high. 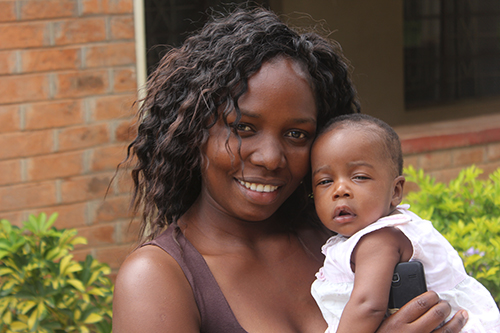 Towera Munthali learned about the menstrual cup from her neighbour, and she now encourages her friends and family to consider trying it. © Henry Chimbali/UNFPA Malawi

The menstrual cup was invented in the 1930s as an alternative means of menstrual hygiene management, and it has gained popularity in recent decades. But in Malawi, it is a very new product.

Menstrual hygiene management is a major concern for young women in Malawi and other developing countries. Lack of menstrual hygiene products, such as sanitary napkins and tampons, as well as lack of sanitary toilet facilities in schools, can lead to embarrassment and stigma for girls.

Girls even miss school during their periods, according to studies from Burkina Faso, Ethiopia, Niger, Sierra Leone and elsewhere.

UNFPA has long worked to improve girls’ access to menstrual hygiene supplies, for example by supporting training programmes that teach girls to make reusable sanitary pads. In 2016, UNFPA began to distribute the cup to gauge women’s and girls’ interest.

Ms. Gama says that menstrual cups are suitable for students, who tend to operate on small budgets. She says they would also be useful for rural girls, who often cannot afford sanitary pads.

The cups – provided for free – have a lifespan of about 10 years, and have already saved Ms. Gama and her friends money. They say they have used the savings to buy learning materials.

The project’s outreach efforts aimed to raise awareness about the menstrual cup among university students. But Ms. Gama and Ms. Mwira say there has been interest beyond the university community, including among the girls at the nearby El Pasco Secondary School. 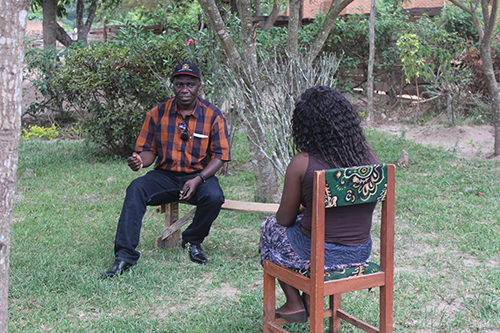 Humphreys Shumba, who is overseeing the menstrual cup project for UNFPA, says thousands of cups have been distributed. © Henry Chimbali/UNFPA Malawi

“The demand for the menstrual cups is very high, especially among secondary school girls, [even more] than the university students,” said Ms. Gama.

They were able to allay fears about the cup, such as concerns it would be uncomfortable, fall out or spill.

“When you are using the menstrual cup, you can do almost everything: running, doing any sporting activity as well as attend classes,” said Ms. Mwira.

In total, the two women distributed 100 cups and reached almost 150 girls with information.

Over 100 mentors have been trained in Malawi to raise awareness about the menstrual cup.

The project is also educating women and girls about their bodies and empowering them to discuss menstruation openly and knowledgeably, helping to undermining taboos around the subject.

Towera Munthali, a 29-year-old student at Mzuzu University, was reached by one of the mentors – her neighbour. She initially worried the cup might not stay in place, or would slide into her stomach, but she now encourages friends and family members to consider using it.

Ms. Munthali has since become pregnant and had a baby, but she looks forward to the cost savings the cup will provide in the future. “I will continue to use it when I resume my menstrual periods, because now I am breastfeeding and my baby is only two months now,” she said. 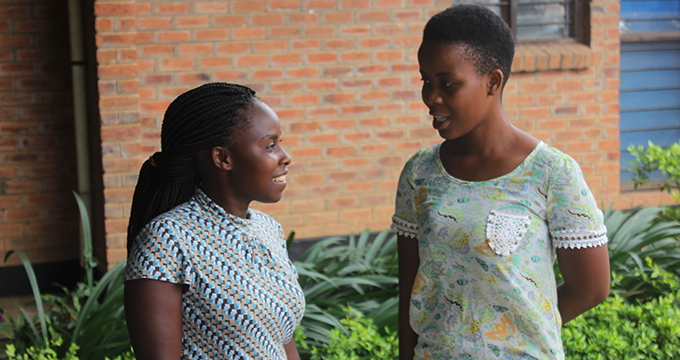