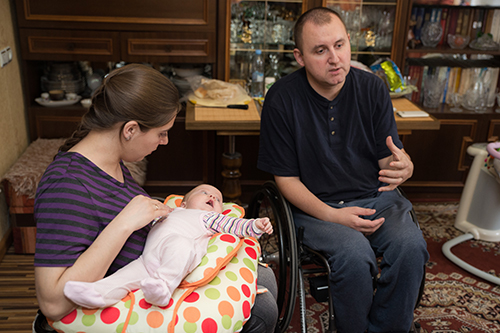 There are approximately a half a million people with disabilities in Belarus. The country was the last in Europe to ratify the Convention on the Rights of Persons with Disabilities – it did so in 2016. 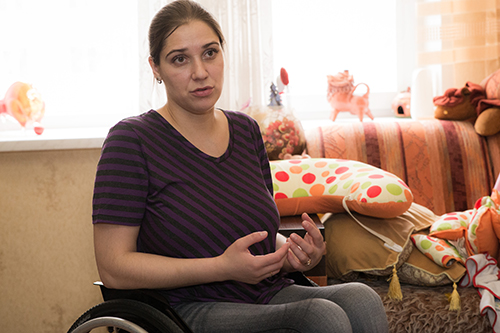 Later she travelled to the maternity hospital for an ultrasound. A doctor had to carry her to the second-floor examination room. It was not the kind of place she wanted to give birth. 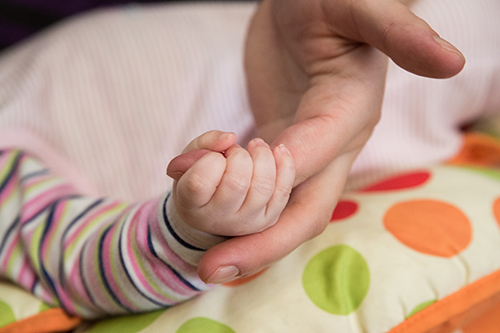 “When we talk about people with disabilities, we often ignore the problems associated with sexual life,” said UNFPA Country Director Caspar Peek, shortly after Belarus ratified the Convention on the Rights of Persons with Disabilities. “It is high time to think about this issue in Belarus and take action to improve the situation.”

UNFPA is working to improve access to sexual and reproductive health information and services for people living with disabilities. This includes gather data on the accessibility and quality of health services, strengthening the standards for care and services, and training health and social workers.