The United Kingdom has pledged £425 million to the UNFPA Supplies thematic fund through 2025, representing the largest financial partnership in UNFPA’s history. The funds will support women and adolescent girls’ access to modern contraceptives in countries with the greatest needs.

Funding from this contribution has the potential to avert 47 million unintended pregnancies, 113,000 maternal deaths, 700,000 child deaths, and 14.4 million unsafe abortions.

The funds will support the world’s lowest-income countries including those affected by humanitarian crises to provide lifesaving family planning supplies and maternal health medicines to millions of women and adolescent girls.

“We are heartened by this action, especially during these uncertain times,” said UNFPA Executive Director Dr. Natalia Kanem. “With this commitment, our UK partners firmly demonstrate their belief in our collective work to end the unmet need for family planning and transform the lives of women and girls around the world.”

This support is part of the United Kingdom’s larger commitment to sexual and reproductive rights announced at the Nairobi Summit on ICPD25 this past November, totaling £600 million in funding assistance globally.

“For the UK, family planning is a core component of comprehensive sexual and reproductive health and rights. To achieve what we want from the future, we need supplies.  £425 million of UK funding will go to a reformed UNFPA Supplies, which will provide life-saving contraception to over 40 of the world's poorest countries,” said Baroness Sugg, United Kingdom Parliamentary Under-Secretary of State for the Overseas Territories and Sustainable Development, speaking at the ICPD25 Summit in Nairobi.

The United Kingdom is a world-leading supporter of family planning and a longstanding and dedicated partner of UNFPA, empowering women and girls around the world to take control of their sexual and reproductive health. The United Kingdom has been UNFPA’s largest overall and non-core donor since 2014, and has been UNFPA Supplies’ largest donor since 2013 preceding this record-breaking contribution. 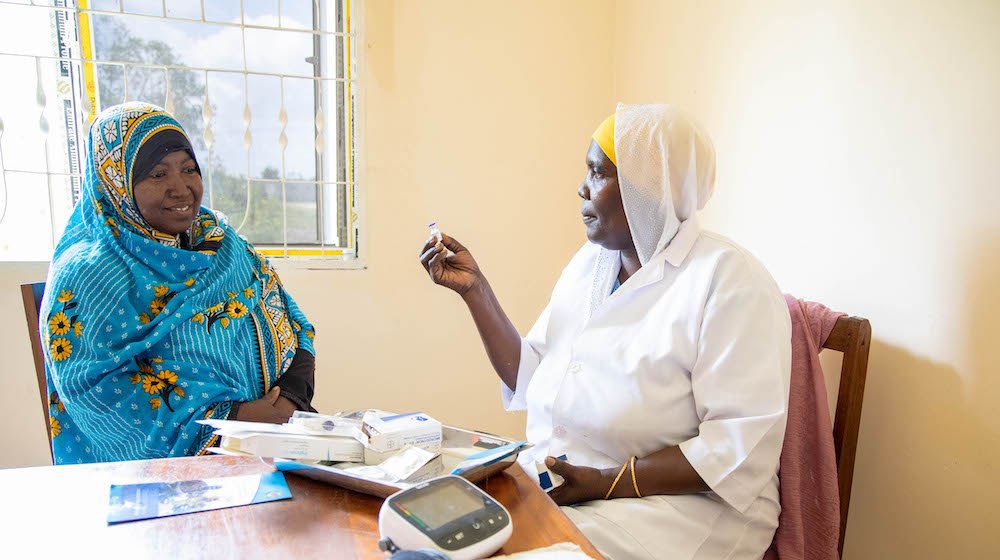