UNFPA Brazil joined forces with first division soccer team of the country, Bahia Sport Club, to increase awareness about human rights and gender-based violence through the campaign “Zero Violence Against Women”. The partnership was signed on 7th March, at Itaipava Arena Fonte Nova (Bahia’s biggest stadium), and aims to promote activities and training sessions on prevention and response to the violence that thousands of Brazilian women suffer.

Learn more about the launch of the partnership with Bahia Sports Club. 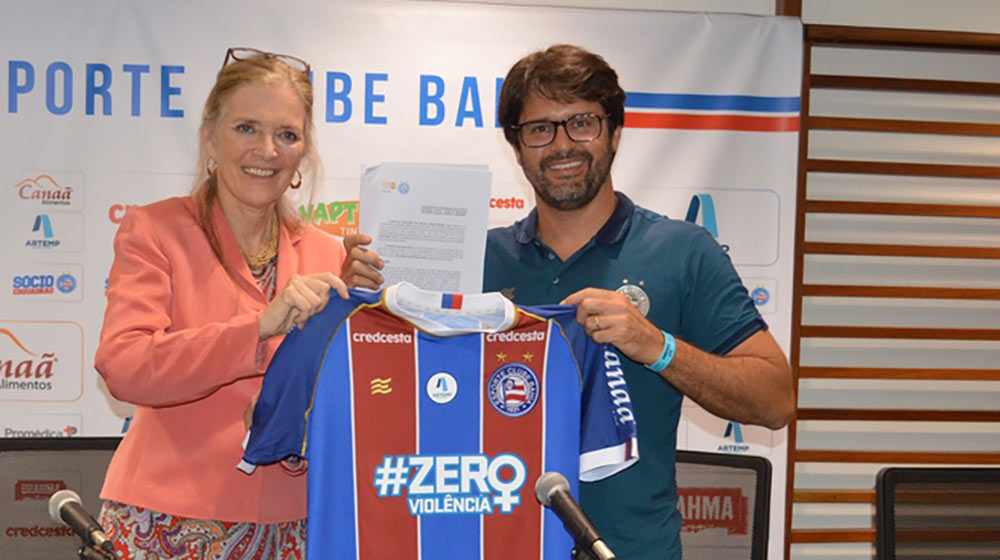