Dar es Salaam – Finland and UNFPA are partnering in Tanzania to empower young women and adolescent girls, including those living with disabilities, to uphold their right to live free from violence.

Finland is providing UNFPA with $6.1 million for a three and a half year programme, “Chaguo Langu Haki Yangu - My Choice My Rights”, which will support women in the Mara and Shinyanga regions, mainland Tanzania, and Zanzibar, to uphold their right to live free from violence and harmful practices, including female genital mutilation (FGM) and child marriage.

Gender-based violence remains a daily reality for many women in Tanzania, in spite of national commitment to tackle gender inequalities. Discriminatory norms and harmful practices deny women and girls their rights and ability to realize their potential. Nationally one in 10 women is subjected to FGM in Tanzania -  rising to one in three in Maria region. More than half of adolescent girls are married by the age of 18 in the Mara and Shinyanga regions, two of the three areas where programme activities will be implemented.

“Every young woman and girl has within her possibilities that should flourish as she moves into adulthood, shaping her future and, with it, the world,” said Jacqueline Mahon, UNFPA Representative in Tanzania. “UNFPA is committed to eliminating the obstacles that stand in the way of women and girls’ voices, choices, consent and equality.”

Young women and girls, including with disabilities, will drive programme activities, and existing partnerships and initiatives will be leveraged, including UNFPA’s work with faith-based leaders in Zanzibar and Alternative Rites of Passage to FGM.  UNFPA-supported community platforms such as Adolescent Girls Club and Women’s Knowledge Centres will be a hub for project activities.

Police Gender and Children’s Desks and One Stop Centres, that provide survivors of violence with comprehensive medical and social support and access to justice, duty bearers’ capacity, and national policies and laws that uphold women and girls’ rights will be strengthened. The UNFPA-supported Jumuishi – Inclusion – database in Zanzibar will also be expanded to collect and analyse data on gender-based violence and harmful practices among persons living with disabilities in Shinyanga and Mara regions.

With the new programme, Finland aims to ensure that women and girls can participate more fully in society and live free from violence, while delivering on the promise of the Sustainable Development Goals: “When young women and girls cannot exercise their rights, including their right to live free from violence, their potential is squandered and economic growth and inclusive development suffer,” said Finnish Ambassador Ms. Riitta Swan. “We must work together, and do more and do it better, including with persons with disabilities, to deliver on our vision of a future where all young women and girls can live in peace, freedom and equality, reaching the furthest behind first and leaving no one behind.”

The programme will be implemented in collaboration with the Government of the United Republic of Tanzania, including the regional and local government authorities as part of multisectoral and coordinated efforts to eliminate violence against women and children and harmful practices. 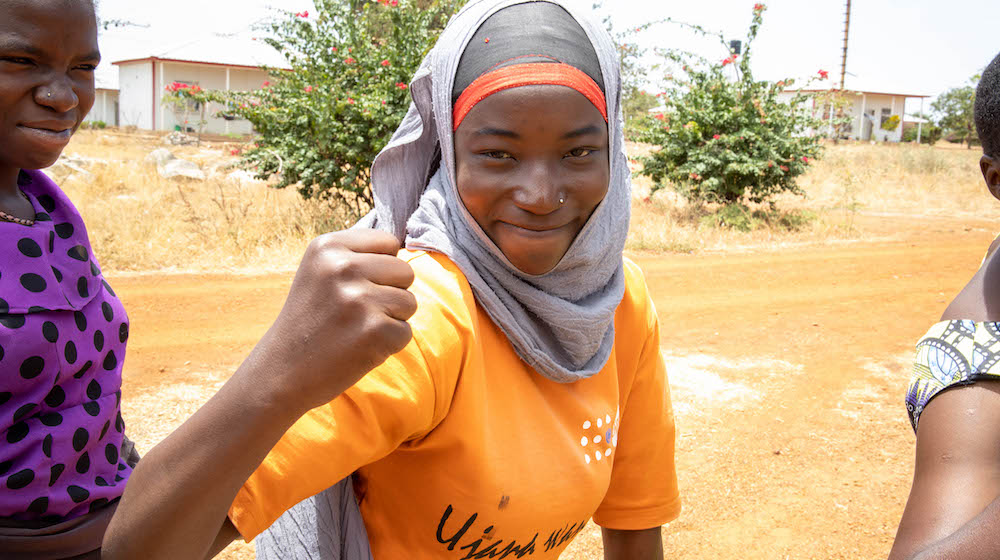