In early 2019, the Syrian crisis entered its ninth year. Today over 13 million Syrian women, men, girls and boys are in need of humani­tarian assistance. Since 2011, UNFPA has been responding to the escalating crisis in Syria by working with its partners to address the needs of affected populations, both within Syria and in refugee host countries in the region. UNFPA interventions include the support to sexual and reproductive health and rights; engagement in programmes to prevent and respond to gender-based violence and the promotion of youth participation in society.

Among several findings, the evaluation highlights that UNFPA response has been and continues to be well adapted to the evolving needs of affected populations, both within Syria and in refugee-hosting countries. In its response, UNFPA has consistently and strategically prioritized hard-to-reach areas and most vulnerable populations. UNFPA has also generated high returns on its investment in the regional response hub in terms of resource mobilization, representation and coordination.

Going forward, the evaluation recommends UNFPA to improve its monitoring mechanisms, and build on its expertise in population dynamics. The evaluation notes that while the regional response hub has proved largely successful, its role and functions need to be reviewed in light of changing circumstances, and within the framework of a wider organizational effort to improve the efficiency of the Syria regional response.

The lessons and findings from this evaluation particularly support UNFPA accountability for past and present performance and contribute to evidence-based decision-making, both for the continued UNFPA response to the Syria crisis and future UNFPA humanitarian responses elsewhere in the world.

The evaluation report and related materials are available here. 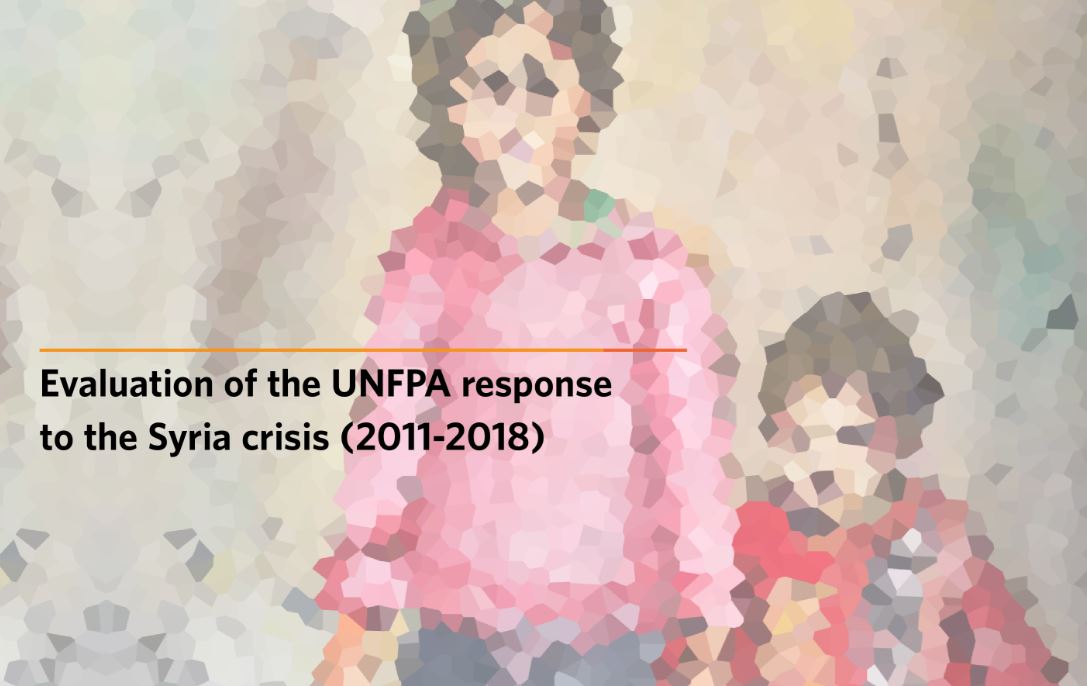 The COVID-19 pandemic: How are humanitarian and development cooperation actors…