In the days since Russia invaded Ukraine, the world has seen the photographs of women giving birth in underground metro stations and newborns hastily being moved to makeshift bomb shelters as health facilities become inaccessible or too damaged to function. An estimated 80,000 women will give birth in the next three months in Ukraine – many of them without access to critical maternal health care. For some, childbirth will be a life-threatening rather than a life-changing experience.

For millions of other women and girls, including those who have lived in the shadow of conflict in eastern Ukraine for the last eight years, gender-based violence is a serious problem they know all too well. According to a 2019 UNFPA study, some 67 per cent of women in the country reported experiencing some form of violence since age 15, and one in three reported experiencing physical or sexual violence. Crisis and displacement put them at increased risk of sexual and physical violence and abuse.

The impacts of the hostilities are also being felt across the region. More than 6.6 million people have fled, seeking refuge in neighbouring countries including Poland, Hungary, Slovakia, the Republic of Moldova and Romania in addition to other European countries. An additional 8 million are displaced within the country (as of 25 May.)

For decades, UNFPA has worked with authorities and partners in Ukraine to expand access to reproductive health and protection services for the hardest-to-reach people through mobile health clinics and specialized spaces and services for women and girls at risk of or being subjected to violence.

UNFPA remains on the ground and is preparing to increase operational capacity to deliver life-saving sexual and reproductive health services and supplies. We are also working with neighbouring countries to respond to the immediate sexual and reproductive health needs of refugees including women and girls and vulnerable groups such as older persons.

Our priority now is to safeguard the health and rights of women and girls, including to give birth safely and to live free from violence and abuse. 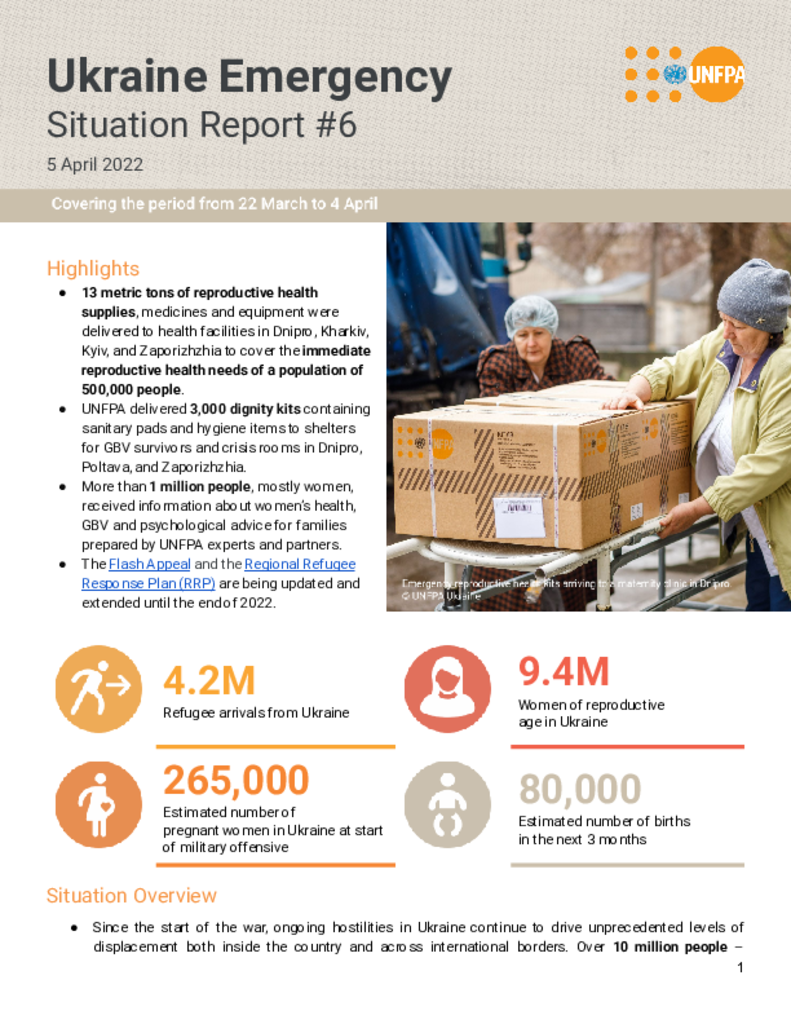 In war, it is always the most vulnerable who suffer the most - amongst them pregnant women and newborns. Our teams are on the ground in Ukraine and in bordering countries supporting those fleeing the danger. Show your support for the women and girls of Ukraine.