EN
UNFPA has launched a large-scale campaign to "Break the Cycle" of gender-based violence (GBV) by raising awareness about the issue and providing information on available response services in five conflict-affected regions of Ukraine.
A total of 180,000 brochures are being distributed in more than 3,400 locations. They cover GBV awareness, advice for survivors and simple recommendations on how to act in crisis situations to avoid and, if necessary, respond to GBV. Similar messages are being spread through an active social media campaign that aims to reach vulnerable populations in both government- and non-government-controlled areas. As part of the Break the Cycle campaign, press conferences and roundtables were also held in five eastern cities, bringing together 180 representatives of local authorities, NGOs and the media to discuss GBV prevention mechanisms.
In addition, training workshops for journalists were organised to sensitise regional media on speaking and writing about cases of GBV, as well as to raise the general awareness of the issue among conflict-affected populations. 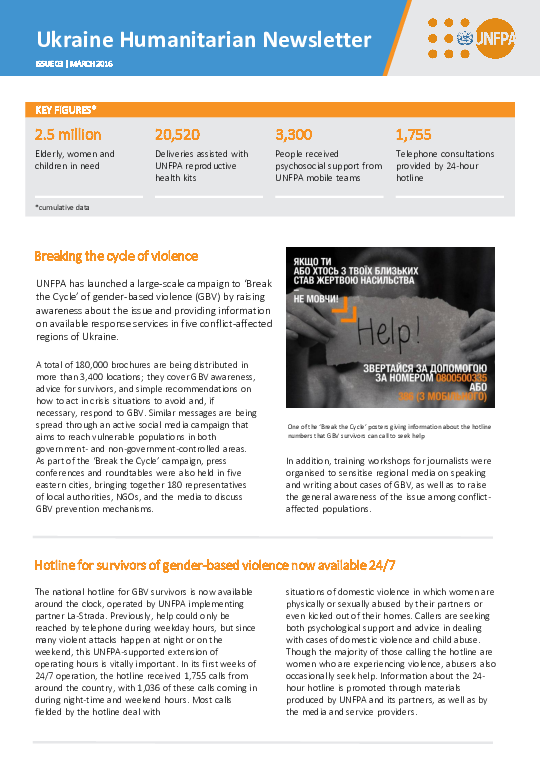