EN
The security situation in the country remained calm generally. However, intermittent clashes were reported in some parts of Unity and Upper Nile States.
Efforts to reach political solution on the crisis continued by the Government and opposition, with mediation by the Intergovernmental Agency for Development (IGAD) and the international community.
Humanitarian needs remain high in the IDP sites. More than 1.5 million remain displaced in the country since the outbreak of the conflict in December 2013. 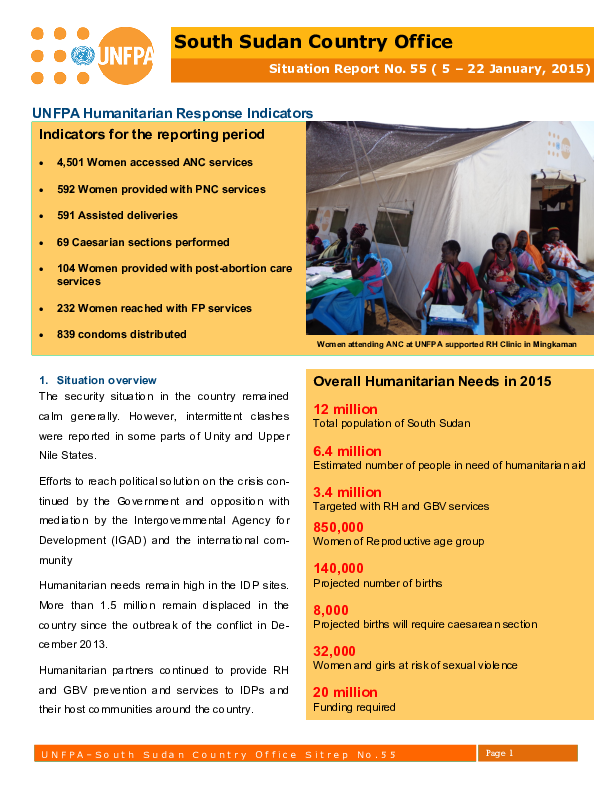