No one in Syria has escaped the impact of four years of civil war. The country has almost lost four decades of human development. Today, four out of five Syrians live in poverty, misery, and deprivation. People live in overcrowded conditions with poor protection mechanisms. More than half of the hospitals have closed down or lost services. The number of health professionals has dropped by more than half. Unemployment has risen to over 50 percent. Life expectancy has declined by 20 years. Gender-based violence has become widespread and is sometime being perpetrated in a systematic and sophisticated manner. More than half of the Syrian population is estimated to be in need of humanitarian assistance. 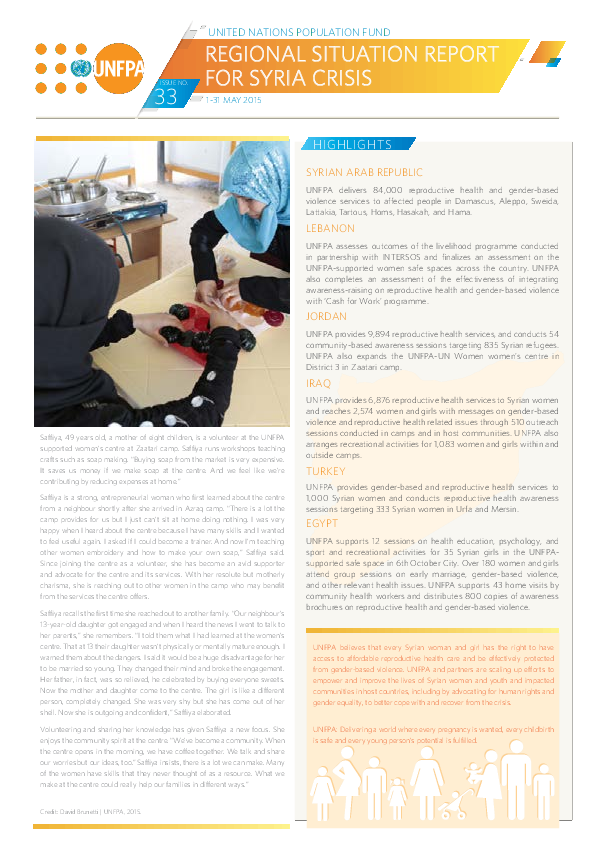