March 2015 marked four years of civil war in Syria. While many in the world have moved on, Syrians find themselves trapped in conflict, and forced to flee for their lives. The fighting has killed at least 220,000 people; and 840,000 have been injured in violence. Life expectancy has fallen by approximately 20 years. Within the country, 7.6 million Syrians have been displaced and more than 650,000 are living in besieged communities, their majority surviving in dire conditions exacerbated by poverty. Nearly 4 million Syrians have fled their country and become refugees in neighbouring countries. 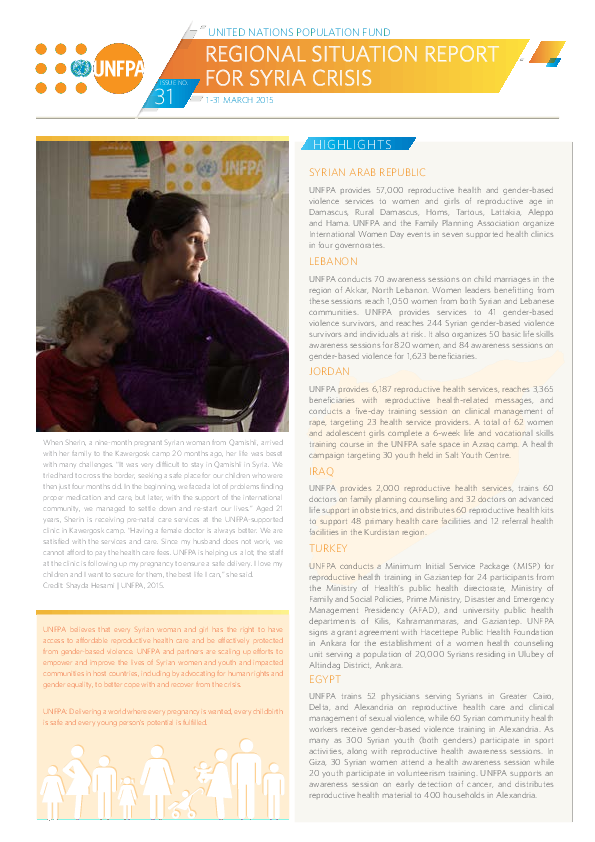