The conflict in Syria has caused the world’s worst humanitarian emergency since World War II, according to the United Nations, requiring the biggest relief operation in its 64-year history. The complex civil war in Syria has intensified recently with the Islamic State launching a sudden and murderous offensive across the region, forcing an average of one out of eight Syrians to flee across the border to neighbouring countries and has placed nearly half of the Syrian population and another 2 million displaced Iraqi persons in need to urgent help. Today, more than 3.5 million Syrian women and girls of reproductive age, of which 432,000 are pregnant, and more than 250,000 Iraqi displaced women are in dire need of urgent health and protection support. 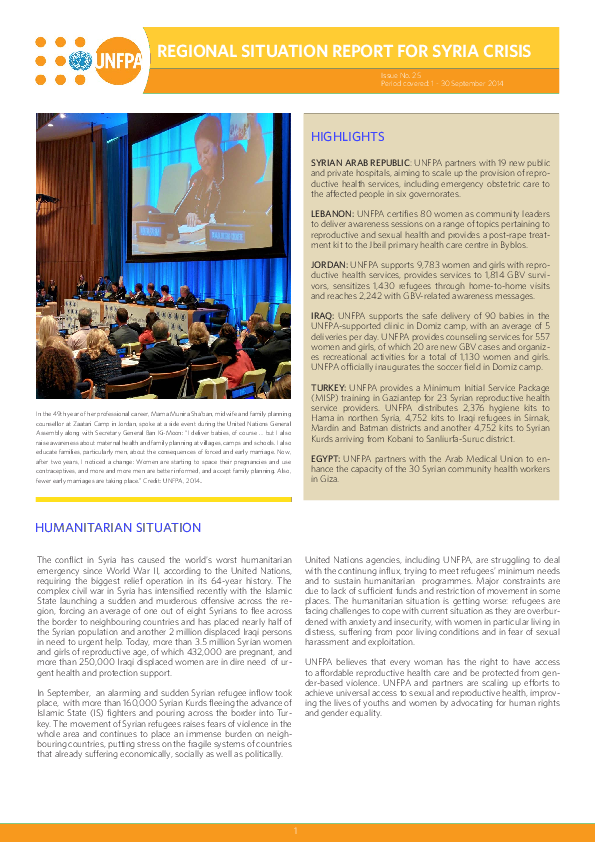