To date, 70,630 people, including 17,657 women of reproductive age, remain displaced from North-East Syria, to Al-Hassakeh, Ar-Raqqa and Aleppo governorates. Displaced people have, in the majority, found shelter in local communities but also in informal settlements and collective shelters. The local community reported that new IDP families from Idleb have been displaced to Ar-Raqqa city, through Dadat crossing point, and have been accommodated in public buildings or hosted by the local community. Since the recent development in Idleb, some 184 families have fled to Ar-Raqqa. In recent weeks, three new informal displacement settlements have been established: Tweineh (hosting an estimated 4,120 people), Tal-Samen (estimated 20 people) and Daham (estimated 1,800 people). There are 77 shelters in Al-Hassakeh Governorate. An estimated 130,101 displaced people
are reported to have returned to their places of origin. Of these, 118,936 have returned to Al-Hassakeh and Ar-Raqqa. In Aleppo 10,105 have returned, mainly to Menbij. 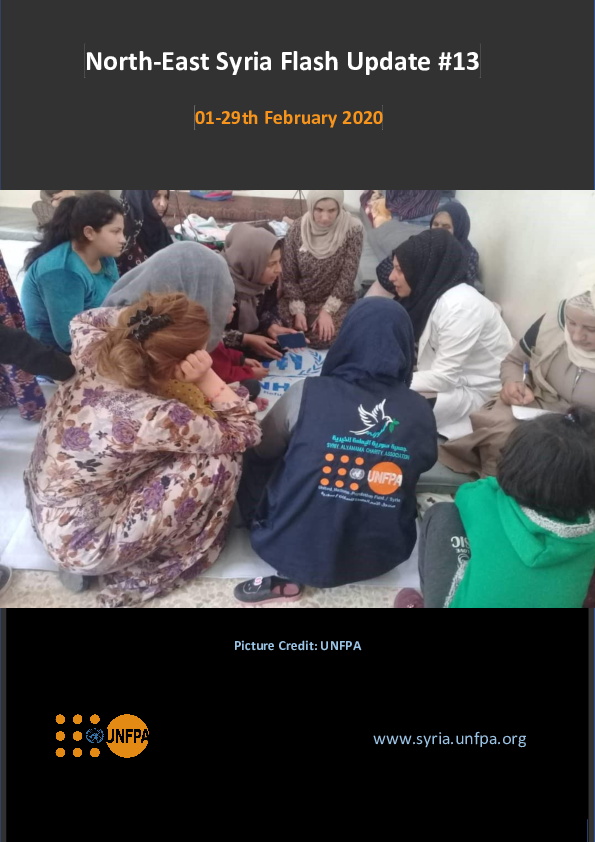