Jordan: Funding for gender equality and the empowerment of women and girls in humanitarian programming

The civil war in Syria triggered the largest displacement crisis in the world, with profound repercussions for neighbouring countries.Since 2011, millions have crossed the border, primarily into Turkey, Lebanon and Jordan. In Jordan, more than 654,000 Syrian refugees are officially registered with UNHCR, accounting for some 10 per cent of Jordan’s total population. About 20 per cent live in camps such as Za’atari, which is the second-largest refugee camp in the world; some 80 per cent live outside of camps. In this context, women and girls face their own distinct set of struggles and vulnerabilities.

This case study reviews the current context for funding for Gender Equality and Empowerment of Women and Girls in Jordan, including the levels of funding approved and the consequences of the funding gap. 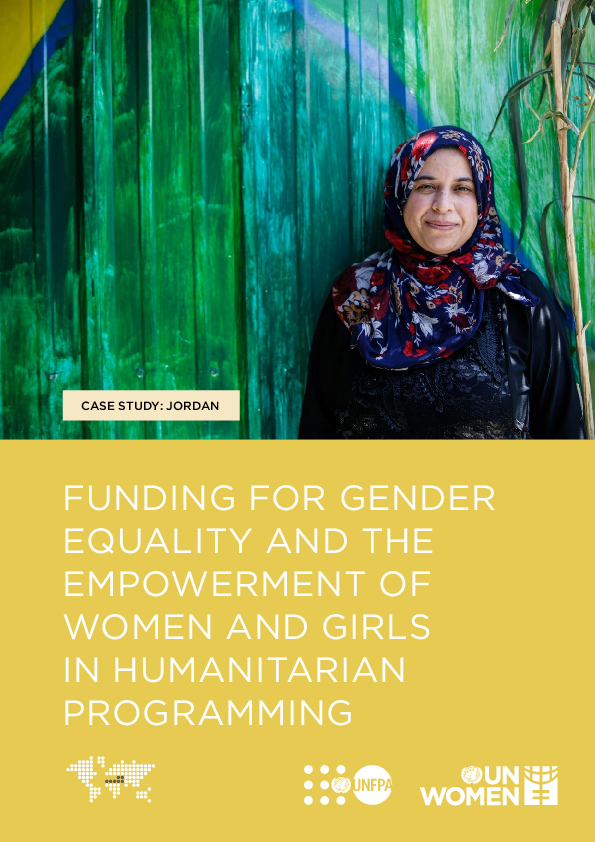 Jordan: Funding for gender equality and the empowerment of women and girls in humanitarian programming