EN
In 1996 Burkina Faso–land-locked, drought-prone and prey to chronic economic hardship–became the third African country to legally ban  Female Genital Mutilation/Cutting (FGM/C). Even before this, in 1990, a National Committee to Fight the Practice of Excision (CNLPE) was established by Presidential Decree. After the FGM/C prohibition was enacted, the committee was equipped with a Permanent Secretariat to
improve operational efficiency. The UNFPA-UNICEF Joint Programme on FGM/C has been supporting the SP/CNLPE since 2009 as it works to raise awareness about the law and promote its enforcement. But in a country where cultural practices like FGM/C have been shrouded in  secrecy, law enforcement faces many challenges. This should be accompanied by educating people about its harmful effects and the benefits of ending it. 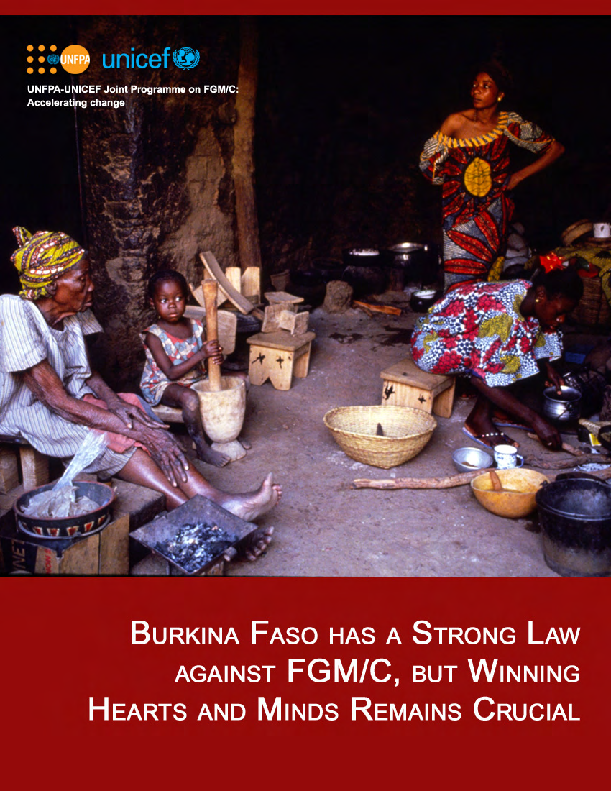