Reporting on Gender-Based Violence in the Syria Crisis: Good Practices in the Media

Despite the efforts and engagement of local and regional media in highlighting and denouncing gender-based violence against women and girls in the six countries most-affected by the Syrian crisis (Syria, Lebanon, Jordan, Turkey, Iraq and Egypt), the bulk of coverage still – whether directly or indirectly – attributes stereotypical and predictable social images to women and girls. They are often represented as "victims" of forced and early marriage, who are submissive to an oppressively patriarchal and conservative community. Reports often focus too much on the subjects rather than exposing the full extent of the human rights violations or the underlying root causes that allow these actions to emerge and maintain their prominence in the region.

With the support of financial aid from the UK Department for International Development (DFID), UNFPA developed this best practices guide for journalists and media professionals as part of the regional gender-based violence media programme to enhance the quality of reporting on gender-based violence in the Syrian crisis. The booklet is intended to complement other materials, and be used in workshops, but also as a self-learning guide for journalists and media producers to use on their own. 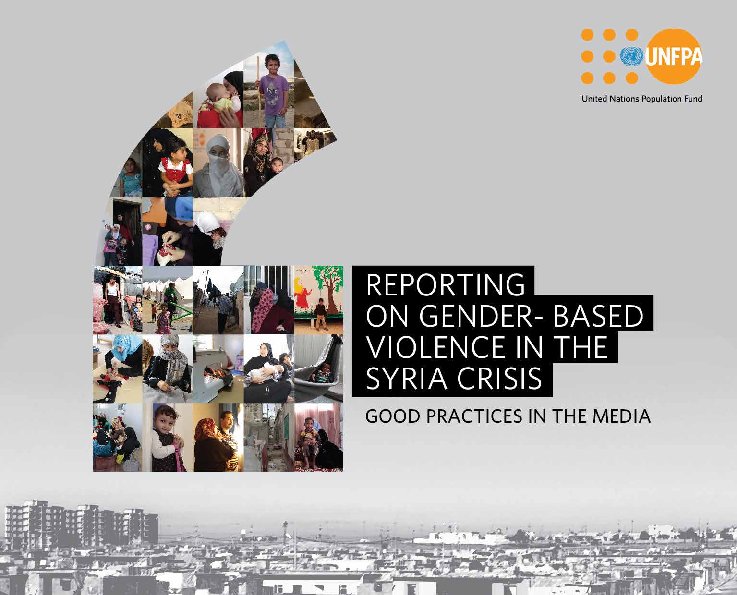 Reporting on Gender-Based Violence in the Syria Crisis: Good Practices in the Media

COVID-19 Situation Report No. 8 for UNFPA West and Central Africa

COVID-19 Situation Report No. 8 for UNFPA Asia and Pacific

COVID-19 Situation Report No. 8 for UNFPA Latin America and the Caribbean