Donor Support for Contraceptives and Condoms for STI/HIV Prevention 2009

Donor Support for Contraceptives and Condoms for STI/HIV Prevention 2010

EN
Since 1990, the United Nations Population Fund (UNFPA) has been tracking donor support for contraceptives and condoms for STI/HIV prevention. The Fund publishes an annual report based on this donor database to enhance the coordination among partners at all levels to continue progress toward universal access to sexual and reproductive health, as set forth in the ICPD Programme of Action and, subsequently, the Millennium Development Goals. This report represents the 2009 installment of the series and has three main sections. In addition to an executive summary, background and introduction, the first section summarizes patterns and trends—by method, by donor and by region—in donor support from 2000-2009. The second section takes a closer look at donor support for male and female condoms over time and by region. The third and final section compares aggregate donor support to global contraceptive need for 2000-2009 and provides projections of contraceptive needs through 2015. 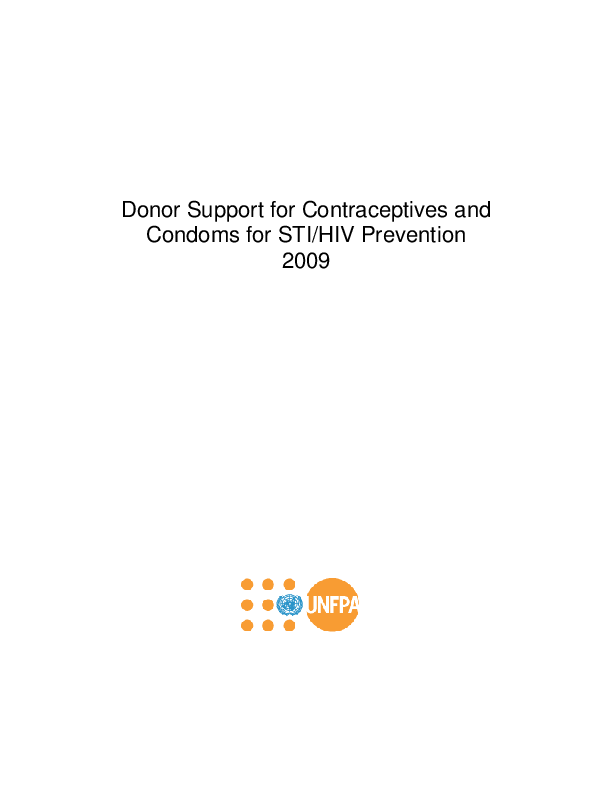 Donor Support for Contraceptives and Condoms for STI/HIV Prevention 2009