Studies From Asia and Latin America

EN
Lao PDR is a low income country with the total population of 5.6 million. The reproductive health status of women and girls, especially ethnic groups who live in the remote areas remains poor. Lao PDR had one of the highest maternal mortality rates in the world (405/100,000 live birth) according to the Lao Reproductive Health Survey, 2005 (National Statistic Centre, 2007).
The total fertility rate was 4.07 children per woman aged 15-49 years old during the period of 1-36 months before the survey. In rural areas, women and adolescent girls have shorter interval between births, many young women have a higher fertility rate compared to those living in the urban areas (National Statistic Centre, 2007). According to MDGs, Lao PDR should strive to
affect significant reductions in maternal mortality by the year 2015: a reduction in maternal mortality by one half of the 1990 levels by the year 2000 and a further one half by 2015. Lao PDR with the highest levels of mortality should aim to achieve by 2005 a maternal mortality rate below 125 per 100,000 live births and by 2015 a maternal mortality rate below 75 per 100,000 live births (POA, 8. 21). 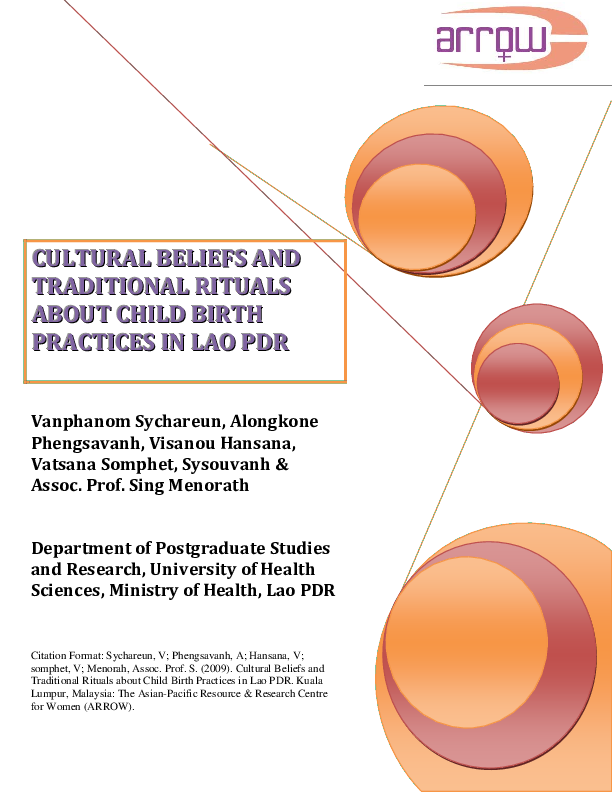